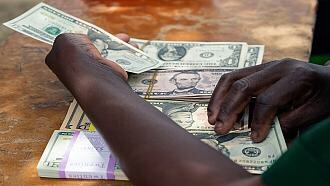 Authorities in Zimbabwe have ordered banks to stop lending with immediate effect on Saturday.

According to the governrment, the decision was taken to stop speculation against the Zimbabwean dollar and was part of a raft of measures to stop its rapid devaluation on the black market.

Zimbabwe reintroduced a local currency in 2019 after abandoning it in 2009 when it was hit by hyperinflation.

The devaluation of the Zimbabwe dollar’s black market exchange rate has been driving up inflation.


Bank lending Zimbawe
how can we help you?