HomeNewsBanking and FinanceYou acted sanely and made your savings in dollars; cedi gain was bad for you but good for Ghana – Bentil

You acted sanely and made your savings in dollars; cedi gain was bad for you but good for Ghana – Bentil 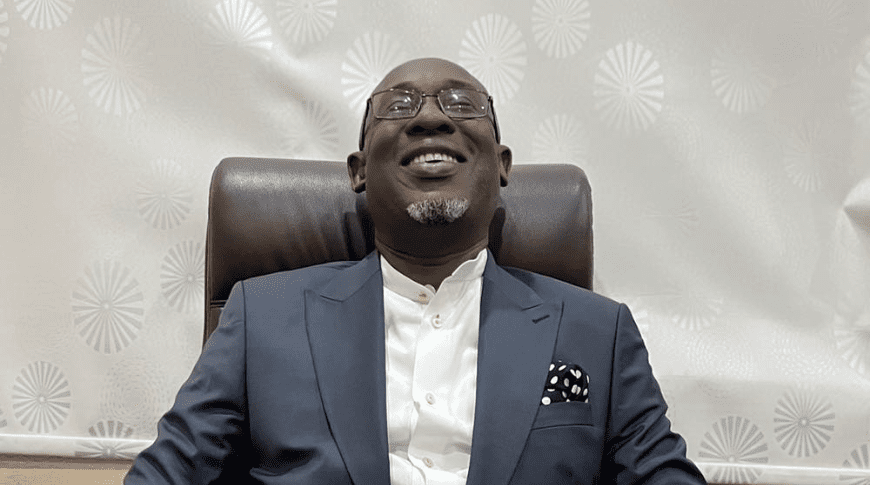 Mr. Kofi Bentil, a private attorney, is making fun of people who have Dollars stashed away in the hope that the Cedi will weaken even more, allowing them to profit from the sale of their foreign currency.

Since the beginning of December 2022, the local currency has been strengthening against the major trading currencies, particularly the Dollar.

According to the Bank of Ghana exchange rate, the Cedi was trading at $1 to GHS10.3948 as of Wednesday morning.

In response to this tendency, Mr. Kofi Bentil commented on Facebook: “You acted logically and saved in dollars, which inevitably means you hope the cedi would depreciate so you may profit.

“Well, you took a risk, and I’m glad the cedi is strengthening. Bad for you but better for Ghana”

Recently, the government implemented certain policies to boost the economy, particularly the currency.

The debt exchange programme was started by Finance Minister Ken Ofori-Atta with the goal of reducing the debt load as quickly, efficiently, and transparently as possible.

He stated that the Ghanaian government has been working hard to reduce the effects of the local debt exchange on investors who own government bonds in this context by way of an Exchange offer.

“In particular, it does not embed any principal haircut on Eligible Bonds, as we promised. Let me repeat this fact as plainly as I can, in this debt exchange individual holders of domestic bonds are not affected and will not lose the face value of their investments. So let us remove any doubt and discard any speculation that the Government is about to cut your retirement savings or the notional value of your investments.

“That is not the case. As already announced, Treasury Bills are completely exempted, and all holders will be paid the full value of their investments on maturity. There will be NO haircut on the principal of bonds. Individuals who hold bonds will also not be affected at all.

A plan to purchase crude oil using gold was also unveiled by the Ghanaian government. Beginning next year, this is anticipated. The government is making an effort to stop using the US currency for overseas commerce.

The Precious Minerals Marketing Company (PMMC), according to Governor of the Bank of Ghana, Dr. Ernest Addison, will be crucial to this arrangement.

According to him, licenced gold exporters who possess a sizable amount of gold are where the PMMC will be purchasing the majority of the gold.

“The PMMC will be providing most of the gold to be used for crude oil swap,” he said during the Monetary Policy Committee (MPC) press conference in Accra on Monday, November 28.

He added that the major Ghanaian mining corporations involved in the move had been consulted.

According to Dr. Addison, the principal mining firms, including Newmont and AngloGold, were all present at the meeting where this notion was discussed.

They all supported this concept, Dr. Addison said.

He said “the major mines were consulted, Newmont and the AngloGold were all part of the meeting that we had together with the Vice President when the decision was taken that they will, from 2023, sell at least 20 per cent of their production of gold to the central bank.

“In fact, most of the mining companies who were at that meeting were very cooperative, it was not something which was forced on them, they were ready to contribute their quota to support Ghana during these difficult times.”

The announcement of this action was made by Vice President Dr. Mahamudu Bawumia, who said that some experts and pundits had misunderstood Ghana’s declared policy of using its gold reserves to pay for oil.

Dr. Bawumia remarked that Ghana’s gold-for-oil scheme, on the other hand, will provide Ghana the freedom to amass greater foreign reserves as the government will save the $3 billion it currently pays on oil imports. He made this observation while speaking at the 2022 AGI Awards in Accra.

In addition, he said that in light of diminishing foreign exchange reserves, gold was being used exclusively for imports of oil.

Unfortunately, some have taken this to mean that Ghana is opposed to using the US dollar in international trade,” he said.

“Far from it. We want to accumulate more US dollar reserves in the future.”

Vice President Bawumia noted that the need for foreign exchange to finance the import of oil products has been a significant contributor to the Cedi’s depreciation. To address this issue, the government is negotiating a new policy regime under which sustainably mined gold will be used to purchase oil products.

When we implement the gold-for-oil strategy as it is intended, our balance of payments will shift fundamentally, and the ongoing depreciation of our currency and the resulting hikes in gasoline, power, water, transport, and food prices will be greatly reduced.

He explained that this is because none of the local fuel suppliers will need foreign currency to import oil products, therefore the exchange rate won’t be directly factored into the calculation for determining gasoline or utility pricing.