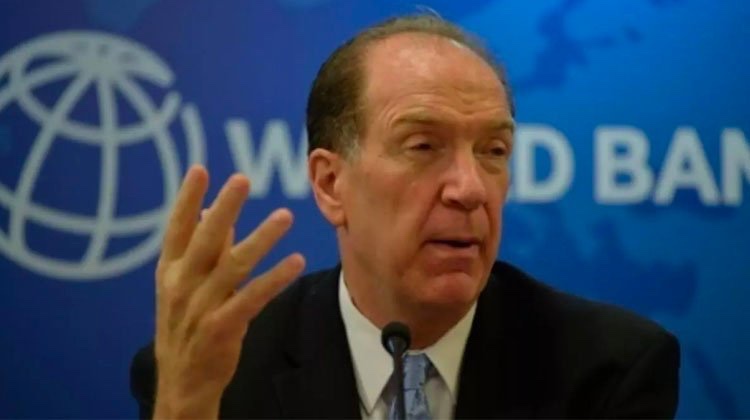 The World Bank Group President, David Malpass, has said that the bank is ready to support Nigeria in phasing out regressive fuel subsidies while increasing social assistance for the poor and vulnerable.

He also stressed the need for a unified exchange rate in Nigeria, which would significantly improve the business-enabling environment in Nigeria, attract foreign direct investment, and reduce inflation.

According to a statement published on the Bank’s website on Thursday, Malpass said this when he met with Vice President Yemi Osinbajo of the Federal Republic of Nigeria.

He further stressed the importance of integrating climate and development, as well as the need for an enabling policy and regulatory environment alongside strengthened institutions in the energy sector.

The statement also noted that Malpass and Osinbajo discussed the importance of increasing domestic revenues through broadening Nigeria’s tax base and increasing the efficiency of tax administration.

In January this year, the Federal Government ignored warnings from economists and multilateral agencies such as the World Bank and the International Monetary Fund, deciding to retain the controversial fuel subsidies for another 18 months following threats of protests by the Nigerian Labour Congress and other interest groups.

In a recent The PUNCH report, it was disclosed that the cost of fuel subsidy was estimated to increase by 369.93 per cent from 2021 to 2023.

In 2021, the NNPC said fuel subsidy gulped N1.43tn, although there was no record for under-recovery in January.

The finance minister said that the Federal Government had projected to spend N6.72tn on petrol subsidy payments in 2023.

However, Ahmed noted that the subsidy payment projection was based on two scenarios, with the first being spending an estimated N6.72tn for the entire year and the second, removing subsidies by June 2023, with the government spending N3.36tn rather than the full estimated N6.72tn.


Nigeria The World Bank
how can we help you?