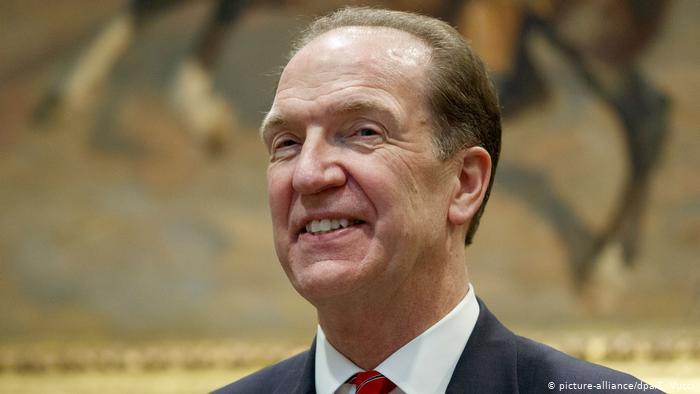 World Bank President, David Malpass, has said the multilateral institution has put in place processes to serve as safety guardrails against corruption activities in countries that are to be beneficiary of funds meant to strengthen the fight against the Covid-19 pandemic.

Accorfing to President Malpass, the World Bank gives enormous attention to prevailing environmental, social and governance factors (ES&G) in member countries and that there are substantial processes undertaken by the Bank that directly addresses the issue of corruption.

“Within the World Bank’s processes, there is substantial work given to ES&G. So, these are safety guardrails that help guard against corruption, against poorly designed projects. And there’s a substantial process within each part of the World Bank Group to try to directly address the issue. Of course, mistakes can be made, have been made in the past, and so we’re working constantly to try to correct those processes and move forward,” he said.

“One thing I’ll mention is the importance of anti-corruption standards. The OECD has standards in that regard, and it would be good to have all countries – and some of the major economies in the world don’t participate in those standards, and that undercuts the effort,” he added.

He continued saying, “I will also mention, in general, transparency. I’ve advocated that in terms of debt contracts. Some of the debt contracts not only have nondisclosure clauses on the creditor, but also on the borrower, which is highly unusual, and yet, that’s become the norm for some of the contracts in recent years. And we also want transparency, or we encourage it, in terms of the vaccine information sharing. One of the biggest challenges is to get vaccines flowing as early as possible to the developing world so they can begin the vaccination process. And that takes more information sharing by the advanced economies and manufacturers in order to get that process started.”

President Malpass made the above assertions in a response to a question as to what practical steps the World Bank is taking to ensure that monies allocated to countries in the fight against the pandemic reach the targeted individuals, groups, or sectors.

The World Bank in 2020 alone made over $100 billion in grants and loans to member countries to tackle the pandemic.


Corruption Covid-19 Kenya South Africa World Bank
how can we help you?