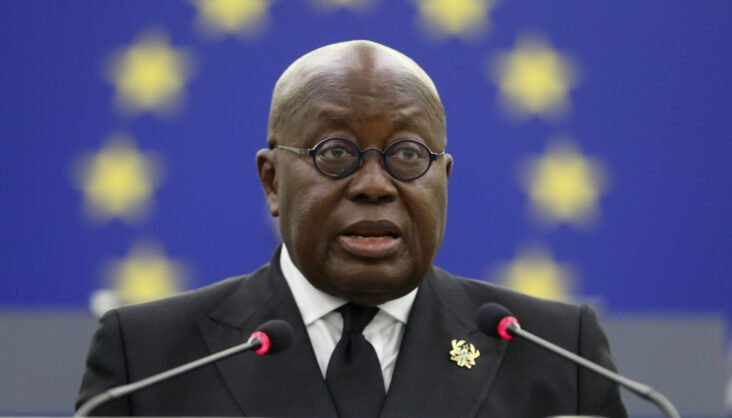 Is Ghana a potential victim of interest rate hikes or a bigger problem?

A darling of western investors, Ghana, may be losing some lustre. The country of about 32 million has long been viewed as an economic gateway to West Africa (alongside Nigeria) with many investors happy to overlook its high level of public debt, which is estimated at 81% of GDP at the end of 2021, according to Fitch Ratings.

Tech companies were happy to come to Ghana with Google opening its first AI centre in the Ghanian capital of Accra in 2019. Twitter followed suit with its first African office in 2021.

Manufacturing followed a similar path with German automobile maker Volkswagen opening an automobile assembly facility in Accra in 2020, which was the company’s fifth African assembly location (after Kenya, Nigeria, Rwanda, and South Africa). Toyota opened a similar plant in Tema in 2021. South Korean carmakers Hyundai and KIA also announced plans to open plants in the country by the end of 2022.

Lastly, the AFCFTA opened its secretariat in Accra in August 2020, which put the country at the centre of the world’s biggest free trade area calculated by the number of participating countries.

While the country has attracted a wide range of foreign investors during the last five years, in particular under the current leadership of President Nana Akufo-Addo who was elected in 2017, it is now confronting a series of economic (and political) challenges.

The Ghanian economy grew by only 0.4% in 2020 with the IMF estimating the country’s economy grew 4.7% during 2021. The IMF also forecasts the economy will expand by 6.1% in 2022. During the five years prior to 2020, economic growth averaged north of 5% with income per head jumping more than 40% during a similar period.

Furthermore, while the tech and manufacturing companies are here to stay, the same is not certain about the many oil and gas players who have entered the country since its first major deepwater discovery of oil and gas off its coast in 2007. Today the country has three major offshore oil and gas fields: Jubilee, Sankofa, and Twenenoa Enyenra Ntomme.

Oil and gas producers, such as Kosmos Energy from the US and Tullow Oil from the UK, appear committed to the country. Other oil and gas giants, however, have exited the company amid the adoption of environmental, social and governance (ESG) rules and net-zero goals. In 2020, Norwegian oil company Aker Energy announced it was indefinitely postponing final investment decision on the Pecan offshore development project in the Tano Cape Three Points block. In 2021, US oil company ExxonMobil abandoned Ghana’s upstream sector after having acquired exploration rights in 2018.

As a result of the exits, the Ghanaian government began efforts to buy back oil licenses in 2021, including agreeing to pay up to $1.1bn to acquire stakes in the Tano-Cape Three Points and South Tano oil fields.

As Ghana enters into 2022, its sizable public debt coupled with the potential rise in interest rates is spooking investors. Ghana is said to have held one-on-one calls with investors on 20 and 21 January to reassure investors.

Ghana’s general government debt is higher than similarly rated peers, according to Fitch Ratings. That said, its debt level is not extraordinarily out of range. The greater problem for investors (and Ghana) is the debt servicing costs where government debt constitutes approximately 535% of government revenue, compared to 304% for similarly rated governments, and Fitch forecast interest costs to be 53% of revenue in 2021 before falling below 50% in 2022, compared to 11% for similarly rated governments, according to Fitch Ratings. Furthermore, Ghana’s tax-to-GDP ratio was only 13% in 2019 and 11% in 2020. Data for 2021 and 2022 are expected to be surprisingly better.

Ghana also continues to confront the legacy of arrears accrued prior to 2017 and from contingent liabilities in the energy sector, according to Fitch Ratings, which suggests greater deficits in the upcoming years.

The changes in the oil and gas sector, including the exit of certain producers and price movements, could hurt revenue and consequently also raise deficits. In November 2021, Ghana was producing about 150,000 barrels per day of oil, down from 195,000 barrels in 2019, largely due to Covid-19 restrictions but also affected by the economic decisions of producers. Uneconomical take-or-pay contracts and tariff structures with power producers could have a similar negative effect on deficits.

Despite the government’s ability to issue debt in 2021, specifically the $3bn Eurobonds in March 2021, current trading of existing Ghanaian bonds and delays in passing a 2022 budget suggests market scepticism is rising alongside the fiscal challenges. Minister of Finance Ken Ofori-Atta, according to The Ghanaian Times, indicated Ghana would not be issuing Eurobonds in 2022 but would return to international markets when the timing is right, and pricing has improved.

The Minister of Finance’s words and an investor presentation by the Ministry will not exactly change negative perspectives.

The latest presentation shared with investors suggests Ghana can meet its deficit target for 2022. But, as the country’s sovereign debt trades down (dropping into the lower 70s in January) and the government preemptively says it will avoid international markets, investors can only remain skittish.

Only Chad, Ethiopia, and Zambia have applied to the G20’s Common Framework for debt treatments…there are investors worrying if Ghana will be the next country especially if interest rates are hiked this year. That would be a hard fall from grace for this African darling.


Debt Fitch Ratings GDP Ghana
how can we help you?