HomeNewsBanking and FinanceWe’ve not lost control; drivers are determined to increase fares when fuel prices go up – GPRTU

We’ve not lost control; drivers are determined to increase fares when fuel prices go up – GPRTU 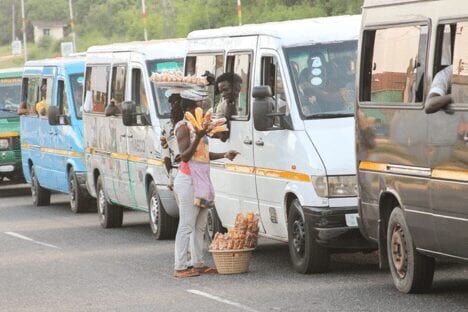 The current fuel hikes have led to a sharp increase in transport fares and general cost of living in Ghana.

Transport fares have gone up officially by at least 40% within two weeks, but however, passengers are surprised with inconsistencies in the fares for same route.

Such inconsistencies have resulted in serious altercation between some passengers and commercial transport operators which is reported to have caused the death of a passenger in Accra.

The drivers attribute the situation to the incessant increases in fuel prices and blame the National Petroleum Authority(NPA) for unceremoniously increasing fuel prices twice outside the agreed pricing window.

In an interview with Alfred Ocansey on 3FM Sunrise Morning Show on Monday 7 November 2022, the Industrial Relations Director of the Ghana Private Road Transport Union (GPRTU), Alhaji Abass Imoro said that the drivers are charging their own fares on the basis of how they are being hit by the cost of running and maintaining their transport business. He added that, the high cost of living and the price hikes of goods and services are compelling the drivers to respond accordingly.

Though Alhaji Abass debunked the notion that GPRTU has lost control over their drivers, he admitted there is little the association can do under the current circumstance in terms of the inconsistent transport fares.

“We have not lost control; it is rather those in power who think they can just push anything and run over drivers who have gotten it wrong. The drivers increased the fares themselves and they will take steps to rectify it” he mentioned.

In his personal view, the Industrial Relations Director of GPRTU stated that it is better the members are working than to park their cars. “If they can charge reasonable and serve Mother Ghana, the better.” Abass Imoro stressed

“The voice of the people is the voice of God. The drivers themselves have decided and seriously, there is no way we can return it. Unless those who have control over NPA will reason up with them and do something about the fuel prices. The drivers have promised that anytime they increase the fuel, they will also increase the lorry fares.” He said on 3FM Sunrise.

He added that fuel prices have recently gone up a little over 100% in Ghana whereas other neighboring countries have had relative stability in fuel prices. “I am surprised nobody has spoken anything about that increment of fuel on 26th and 29th of October.”