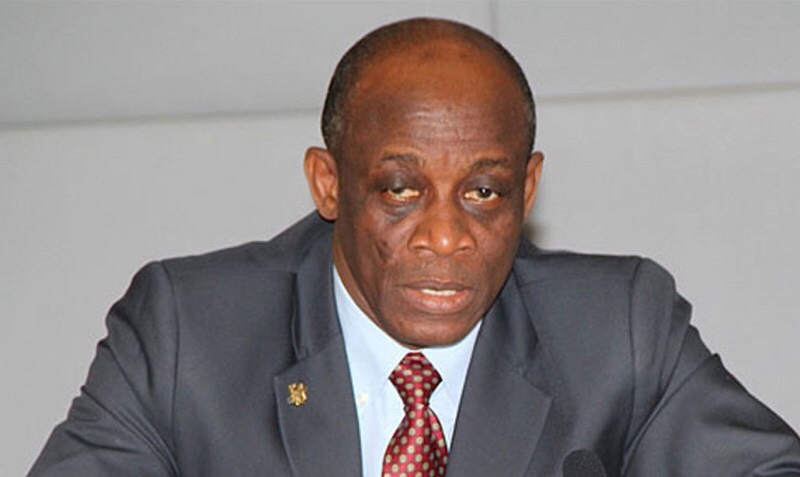 Former Finance Minister, Seth Tekper, has urged businesses in the country not to rejoice over the 2018 mid-year budget review which supposedly tried not to increase VAT across board.

According to Terkper, the budget review with regards to separating NHIL and GETFund levies from the 17.5% flat VAT rate is actually a VAT increase in disguise.

“Ghana’s VAT rate is 17.5 percent and that includes NHIL (2.5%) and GETFund (2.5 %). Removing them from the VAT base and making them specific rates (instead of ad valorem) and increasing that rate to earn more revenue (quoting Hon Kwarteng) is a ruse,” he stated in a series of tweets on Thursday.

“It is a VAT increase in disguise. Businesses should not rejoice yet because they [NPP] cannot claim Input Tax Credit/refunds on 5% of the current 17.5 percent rate. Already, the Flat Rate is denying some registered businesses refunds and Input Tax Credit,” Terkper added.

Terkper went on to argue that: “the measure amounts to a parallel Sales Tax regime that the VAT replaced. It is a retrogressive step and further mutilation of the VAT regime.”

“The removal of Input Tax Credit and Refunds will increase costs and prices. It is not an efficient and business-friendly move,” the former Finance Minister added.

Contrary to speculations that VAT and NHIL levy will be increased astronomically, the Finance Minister announced “there won’t be any increase in VAT.”

He however announced that the Health Insurance Fund Levy and the GETFund components from the Value Added Tax (VAT) have been separated and will now have straight levies of 2.5 percent.

“Both the Health Insurance Fund and the GETFund levies will continue to be 2.5 percent each, while the applicable VAT rate is 12.5 percent,” the Finance Minister, Ken Ofori Atta said during the Mid-Year Budget review on Thursday.

As part of measures to raise more revenue to meet its revenue target for the 2018 fiscal year, government among other things revealed it will introduce a new tax known as the high net worth income tax.

In line with the new tax, the government will charge 35 percent on incomes that are over GHC 10,000.

The Finance Minister also announced a 3.5% tax on importation of luxury vehicles with engine capacities of 3.0 liters and above. He however did not confirm the percentage to be charged.

The levy according to the Finance Minister will be paid on first registration, and subsequently during annual renewal.


Seth Terkper VAT
how can we help you?