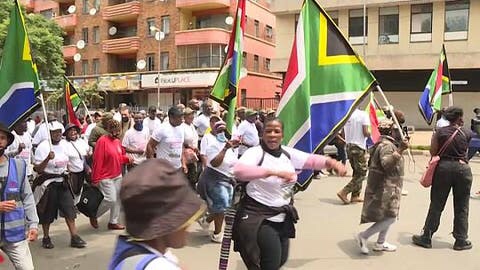 According to a statement from the government agency, “370,000 jobs were created between the fourth quarter of 2021 and the first quarter of 2022”.

The country was hit hard by the pandemic and since July 2020 that the number of jobless has been rising steadily.

The continent’s leading industrial power now has 14.9 million workers out of a population of nearly 60 million.

The number of unemployed fell by 60,000 from the previous quarter to 7.9 million. The unemployment rate stands now at 34,5%.

The number of unemployed young people (15-34 years old) decreased by 0.1% compared to the end of last year to 4.7 million.


Jobs South Africa
how can we help you?