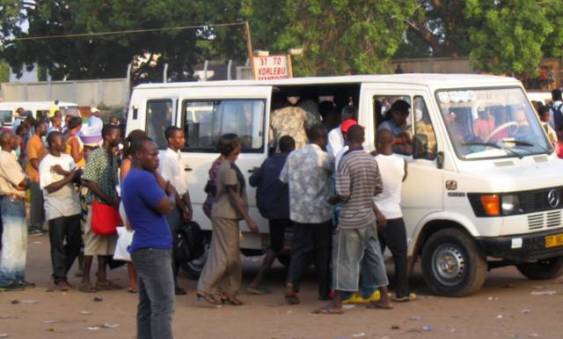 Following the increment in fuel last week from an average of 6.850 per litre to 7.400 per litre, it is likely that the transport fares in the country could go up by a projected 30%

According to industry players, this projection comes on the back of the new taxes and price increment on commodities and goods on the international market as part of the post-COVID-19 rebound initiative laid out by experts.

On January 31, the Institute of Energy Security (IES), predicted that fuel prices are expected to go up by 25 pesewas per litre from February 1, due to an impending suspension of the Price Stabilisation and Recovery Levy (PSRL).

True to the predictions by the IES, indications at the various pumps on Tuesday morning, February 1, showed marginal increases in the price of fuel. Reacting to this, scores of consumers bemoaned the situation and urged the government to intervene accordingly.

In October 2021, the former Finance Minister, Mr Seth Terkper, advised the government to use money accrued from the price stabilisation and recovery levy (PSRL) to build strategic stocks of crude oil and use same to cushion consumers in the event of soaring world market prices of the commodity.

While bemoaning the impact of the rising fuel prices on the economy and citizens, Mr Terkper, who introduced the PSRL in 2015, said the situation could have been better if the government had carried through with the building of strategic stocks for rainy days.

According to a report by Graphic, Mr Terkper noted that the levy was introduced as an avenue to procure and store crude oil whenever prices were low and release the same into the market whenever the prices rose.

He described it as a strategic policy decision by the previous administration to build buffers in the wake of Ghana becoming a lower-middle-income country (MIC).

However, it is clear that his suggestions were never taken into consideration hence the high fuel price on the market today.

Monday, February 7, 2022, it is likely that the transport fares could increase up to a tune of 30%, according to the Coalition of Transport Operators.

Speaking in an interview with Accra-based Citi News, the Public Relations Officer of the Concerned Drivers Association, David Agboado, hinted that passenger should expect an upward adjustment of transport fares, starting from February 7, after a meeting with the sector minister, Kwaku Ofori Asiamah.

“On Thursday, we met at TUC, GPRTU headquarters, and we have decided to increase the transport fares by 30%. The measures we used to reach this decision are; the current increase in fuel prices, increase in the price of items we use, government charges amongst others. That is what we are going to charge after seeing the Minister on Monday”.

The decision to increase fuel prices follows a meeting between some 16 transport unions on Thursday, February 3, 2022. The meeting was to discuss the recent increment in fuel prices, and the accompanying impact on commercial transport operators.