Three new ETFs to list on the Zimbabwe Stock Exchange 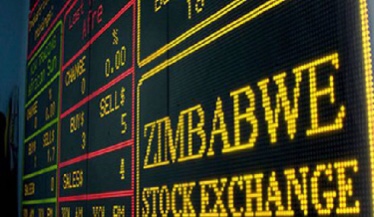 The Securities and Exchange Commission of Zimbabwe (SecZim)expects at least three new exchange traded funds (ETFs) to list on the Zimbabwe Stock Exchange (ZSE) this year as the capital markets continue to grow.

ETFs are baskets of different types of investments such as stocks, commodities and bonds that are pooled into a single entity, which then offers shares to investors that are subsequently traded on major stock exchanges.

SecZim acting chief executive, Gerald Dzangare at a media workshop in Harare, said the market would see more of these listings going forward.

“In addition to the Old Mutual ETF and the Morgan and Co ETF, there are three more coming on board of which two have already been approved and one is in the pipeline,” he said.

He said capital markets play an important role in economic development as they boost investor confidence, bringing in new capital.

Mr Dzangare said several products have been launched within the capital market in the last five years which has resulted in improved market activity.

The bourse will be introducing new products as it has been lagging behind in terms of the country’s investment choices.

The ETF industry globally ended 2020 with over US$5,5 trillion investments, according to Investment Company Institute statistics.

According to the ZSE prospectiveExchange Traded Product issuers will have to prove that the underlying asset or security track is sufficiently liquid to satisfy the exchange such that there will be proper price formation in the product.


Zimbabwe Stock Exchange
how can we help you?