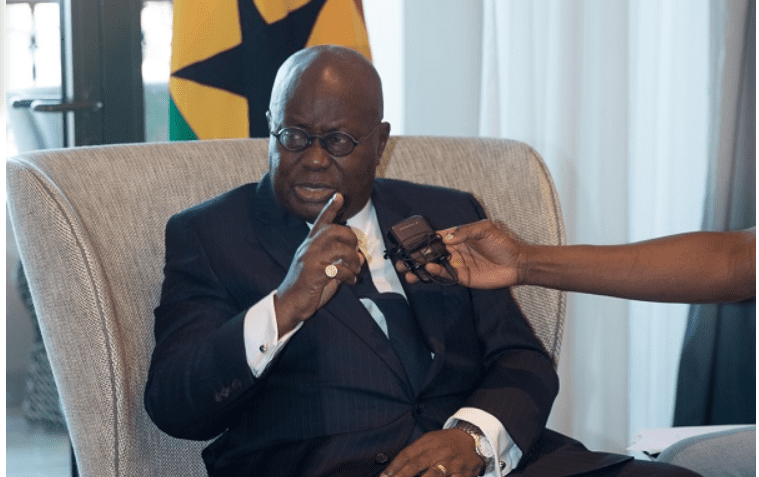 President Nana Addo Dankwa Akufo-Addo is celebrating the One District One Factory (1D1F) initiative that his administration is implementing.

He indicated that when he conceived that idea some persons said it was not going to be possible however, everyone is now talking about how important it is for the Ghanaian economy to lessen it’s dependence on foreign goods

“The whole purpose of the policy means having factories and enterprises here in Ghana, which will substitute the ones that are coming from abroad.

“That is the whole purpose of the policy. Instead of importing XYZ, you’re going to have them made here,” President Akufo-Addo who embarked on a three-day tour of the Eastern Region  over the weekend said.

He added that, “when we said we wanted to implement 1D1F and certain strategic industrial policies, we were told it couldn’t be done, but today everyone is talking about how important it is for the Ghanaian economy to lessen it’s dependence on foreign goods and foreign services.

The initiative was part of the government’s agenda to change the nature of Ghana’s economy from one which is dependent on import and export of raw material to one which is focused on manufacturing, value addition and export of processed goods.

These raw materials are largely found in the districts which would have otherwise gone waste.

The initiative has seen the ongoing construction of two hundred and ninety-six (296) factories across the country, of which one hundred and twenty-five (125) have been completed.

“I am hopeful that, by the end of my term, the full complement of two hundred and ninety-six (296) factories will be in operation to help provide quality domestic alternatives to the consumption needs of Ghanaians, and reduce substantially our dependence on imports.

“We do not only account for the youth as labour in the 1D1F programme, but also as managers and owners. Indeed, fifty-eight (58) of these factories are wholly owned by young people who have received direct government support”, he added.