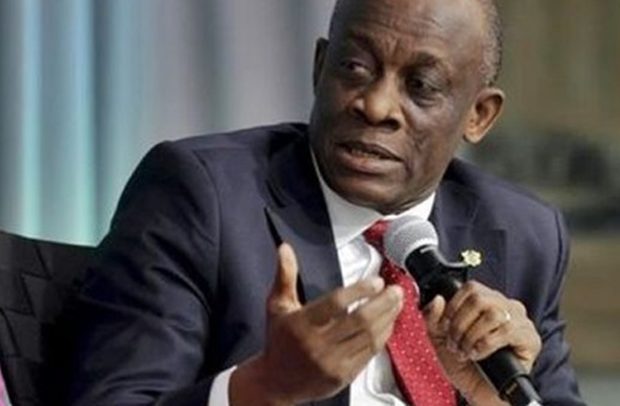 Former Finance Minister, Seth Terkper, is questioning the existence of a ‘Home Grown’ policy by the government which is to help address imbalances within the economy.

This is coming after a Deputy Finance Minister, Dr. John Kumah, stated that government will consider a programme from the International Monetary Fund if a ‘Home Grown’ package fails.

“If our programmes fail us and we are not able to get the confidence and the results in the fiscal space discipline, which we have to impose on ourselves, then we don’t have a choice”, the Deputy Finance Minister stressed while interacting with George Wiafe on PM Express on Thursday, June 9th, 2022.

But speaking to Joy Business, Mr. Terkper said he is unaware of a ‘Home Grown’ package, unless government has sent a document to the Fund, indicating it has started such a programme.

“The point is that where is the ‘home grown’ package. One may exist internally, but as far as I’m concerned there is no homegrown programme package from the government. Maybe they [government] know something we do not know”.

“The IMF has always been an option for developing countries and let me say we did not wean ourselves of the IMF. We went to the IMF for the COVID-19 loan of $1bn and we were not the first to rush for it”, the former Finance Minister pointed out.

“We went in for the SDI of one billion dollars; up to about six billion US dollars has so far flown into the account of government due to COVID1-9. This include the bailout from the Bank of Ghana. So if all this didn’t provide the relief, then we have a major problem”, Mr. Terkper added.

Meanwhile, Mr. Terkper has welcomed the presence of the Development Bank Ghana, saying if managed well will provide loans at lower interest rates, which will ultimately benefit the nation.

“An investment bank or development bank is always justified in an economy, because our lending cannot remain short term. These banks lend medium to long term which means the tenor for loans are likely to be longer”.

“If managed well, we’ll get loans at lower interest rates; and these are the sort of banks for development. We hear about CBD, we hear other development banks including Exim Bank”, he pointed out.


Dr. John Kumah Imf Seth Terkper
how can we help you?