THE UNDER-EXPLOITED ECONOMIC BENEFITS OF INDISCIPLINE ON GHANAIAN ROADS 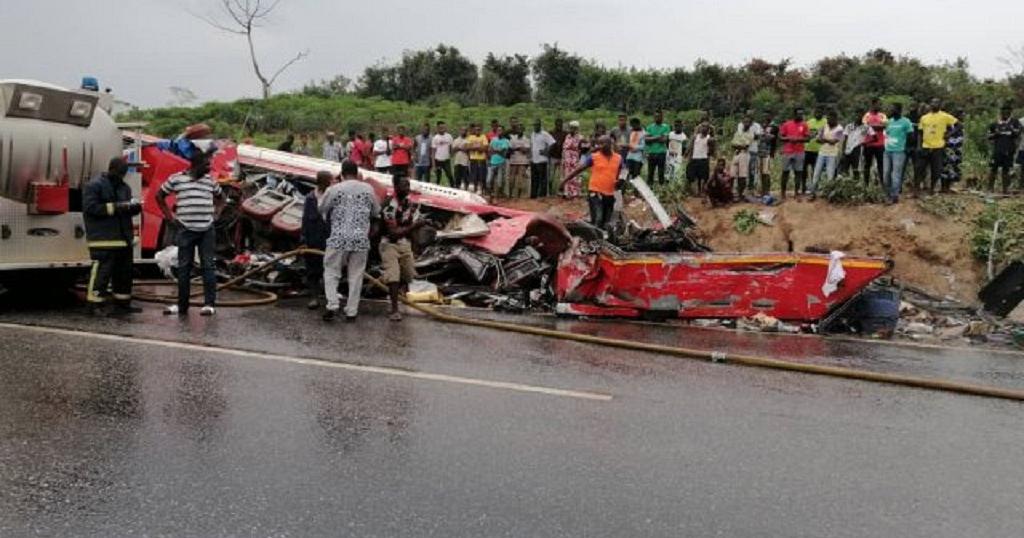 “The ultimate resource in economic development is people. It is people, not capital or raw materials that develop an economy.” – Peter Drucker.
Then where is Ghana headed with the staggering statistics of road accidents that keep going from bad to worse?
According to the National Road Safety Authority (NRSA), there has been a 14.8% increase in the number of deaths in road crashes within the first three months of 2021 as compared to 2020. That is a fraction of the nation’s human resources going to waste.
Citi newsroom recently reported that over GH₵ 1 million has been paid in fines for road traffic offenses for January – June 2021 only. All things being equal, it will be logical to infer that about GHS 2 – 3 million would be realized from road traffic offense fines at the end of the year 2021. That is just a negligible amount of the 1.7% of Gross Domestic Product (in billions of dollars) that Ghana is estimated to lose to road accidents per annum.

This beckons the question, how much of our human resources can be saved from road accidents with best practices and how much revenue can we generate from indiscipline on our roads?

Councils in the United Kingdom have been estimated to make about £1.6 billion (that’s over GH₵ 13 billion) from motorist fines per year according to The Transport Network, UK. This makes Ghana, which is making an infinitesimal amount of that, not up to scratch.

Offenses like wrongful parking, and abandoning broken-down vehicles are common on our roads and highways.
Thus, is the dualization of our roads an ultimate solution to road accidents? Not without proper enforcement of regulations. Outer lanes would end up being lorry stations and parking lots for some trucks.
It is however worth noting that dualization of our roads would in a way boost the nation’s economic performance.

These incidences can be curbed with the operation of licensed impoundment lots through Public-Private Partnerships (PPPs) and the establishment of parking authorities
The government through Municipal, Metropolitan, and District Assemblies (MMDAs) in collaboration with appropriate state institutions could establish and operate licensed impoundment lots as practiced in some advanced countries.
This would forestall to a great extent, traffic congestions and the incidence of vehicles running into parked or broken-down vehicles on our roads. Some of these broken-down vehicles spend days on our roads while awaiting repairs and in many cases, end up costing precious lives.
It is also worth noting that it is wrong and dangerous to carry out repair works on vehicles in the middle of or along roads – this must be stopped!
Given that the onus rests on the authorities to provide enough parking spaces, it is equally important that we ensure what we have now is used appropriately.

To ease difficulties in finding impounded cars, an efficient and coordinated database should be developed by these towing companies so traffic offenders can call, log on to search, or report to the nearest police station for help in claiming their vehicles upon verification.
This should be done in collaboration with the Motor Traffic and Transport Directorate (MTTD) of the Ghana Police Service and the Driver and Vehicle Licensing Authority (DVLA), such that with several traffic violations, a driver’s license is temporarily revoked.

Aside from seeking to reduce road accidents and generate revenue, these PPPs and parking authorities would reduce unemployment to some extent and improve the standards of living.

Traffic tickets are meant to punish motor traffic offenders and deter other motorists but could also serve a good purpose of balancing to a greater extent, the budget of a nation where traffic violations are ceaselessly skyrocketing and becoming a norm.
While towing seeks the well-timed removal of wrongly parked and broken-down vehicles, a well-developed traffic ticketing system should be used in checking offenses like using unapproved routes, signal jumping, and indiscriminate stops to load (especially by commercial drivers).
Indiscipline on our roads is not limited to motorists only but recalcitrant cyclists and pedestrians are equally involved. Finding cyclists and pedestrians riding or walking respectively alongside cars as though they are motorized vehicles is very common.
Before it becomes a widespread norm, would it not serve a good purpose if enforced spot fines are extended to this group of road users?

Effective issuance of traffic tickets to offending road users is achievable through the community patrols by the Ghana Police Service.
Considering the mobility of the recent horse patrols initiative by the police administration to champion this course would be a good start. This would supplement the efforts of the few MTTD personnel in enforcing sanity on our roads.
To prevent the incidence of venality, it would be prudent to ensure that offenders are made to settle spot fines and traffic tickets through digital payment methods. Hence, effective revenue gathering. This would also reduce the stone-age practice of prosecuting offenders, except in cases of gross misconduct.

Through revenue realized from the indiscipline of road users, road infrastructure could be financed without having to take loans and possibly fund well-planned and functional Bus Rapid Transit (BRT) systems. This would discourage the usage of one’s private car in commuting – this, in turn, solves traffic inhibited economic growth.
With the remarkable revival of Citi TV’s War on Indiscipline, the government and its organizations should consider an innovative and lasting solution to indiscipline on our roads.
Let us practice the saying, “Prepare and prevent, don’t repair and repent”.