HomeNewsEconomicsThe Ties That Bond Us: What Demand For Government Debt Can Tell Us About the Risks Ahead

The Ties That Bond Us: What Demand For Government Debt Can Tell Us About the Risks Ahead 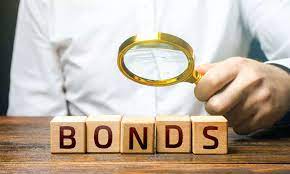 It’s not news that emerging markets can be vulnerable to bouts of market volatility. Investors often pull sudden stops—they stop buying or start selling off their holdings of government bonds.

But what has become apparent in recent years is that advanced economy government bond markets can also experience investor outflows, and associated runs. At the same time, some traditional and new safe haven countries have seen their borrowing costs drop to historic lows as they experience rising inflows from foreign investors.

Our new research shows that advanced economies’ exposure to refinancing risk and changes in government borrowing costs depend mainly on who is holding the bonds— the demand side for government debt.

Tracking who owns what, when and for how long can shed some light on potential risks in advanced economies’ government debt markets.

Mind the investor base

Regardless of their level of debt, some countries are more at risk of sudden investor outflows, and associated spikes in government borrowing costs, based on the risk characteristics of their investor base.

Aside from standard measures of sovereign risk, such as debt-to-GDP ratios, we need to understand better the investor base for government debt, and why and how investors change their allocations.

In our latest research, we construct a publicly available database of government debt holdings by six different classes of investors. We propose a new risk index that focuses on stability of investor demand, called the investor base risk index.

The index runs from zero to 100, based on the composition of the investor base and the risk scores assigned to different investors given the way then tend to change their holdings. By this metric, countries with a high share of domestic investors, such as domestic banks and central banks, as well as foreign central banks in their investor base receive lower scores. In contrast, we assign high scores to countries whose investor base has a high share of foreign private investors as we find they are the most skittish in times of trouble.

The index is especially useful when used in combination with a supply-side risk indicator of government debt to assess the overall sovereign risk of a country. We summarize our thinking in a two-by-two table in Figure 1. The best of all worlds is represented by Quadrant III (low debt and low investor base risk), while the worst is represented by Quadrant II (high debt and high investor base risk).

We tested this idea by looking at how countries fared in terms of investor base risk at end-2009 before sovereign risk emerged as an issue for some advanced economies in 2010.

Our risk index shows several euro area countries were prone to a sudden stop as early as the end of 2009, before the current euro area debt problems fully came to light (Figure 2, Quadrant II).

Both supply and demand dynamics are driving trends on sovereign bond yields—and likely to continue to do so in the future. We generally understand trends in supply of government debt, often measured by projected debt-to-GDP ratios in publications such as the IMF’s own World Economic Outlook. But demand factors are more difficult to track. Also, supply factors alone do not explain well recent changes in government bond yields. For instance, highly indebted governments like Japan and the United States still experience some of the lowest government bond yields among advanced economies.

Our index can explain why some countries are able to sustain much higher levels of debt without pressure from financial markets.

For example, despite continued worries about Japan’s fiscal outlook, demand for Japanese government bonds, in particular from domestic banks, has been strong and bond yields have been stable—a fact captured by our risk index. That suggests that in cases where the investor base risk is low, high debt-to-GDP levels may matter less, as the likelihood of a run by sovereign investors is also less.

In that respect, our index suggests that Germany, the United Kingdom and the United States may be in the same category as Japan, although for a different reason: those countries rank low in the index mainly because of the high share of foreign central banks and domestic central banks in their investor base.

At the same time, too much reliance on domestic financial institutions as an investor base may result in inflationary pressures or stronger sovereign-bank interdependence, potentially curbing credit channels to private sector and thus hurting growth.

So it seems likely that demand side factors will continue to play an important role in sovereign debt markets.


Debt-GDP-Ratio Fiscal Deficit Ghana's Economy Sub-Sahara Africa (SSA)
how can we help you?