HomeNewsTaxationTax evaders must be dealt with

Tax evaders must be dealt with 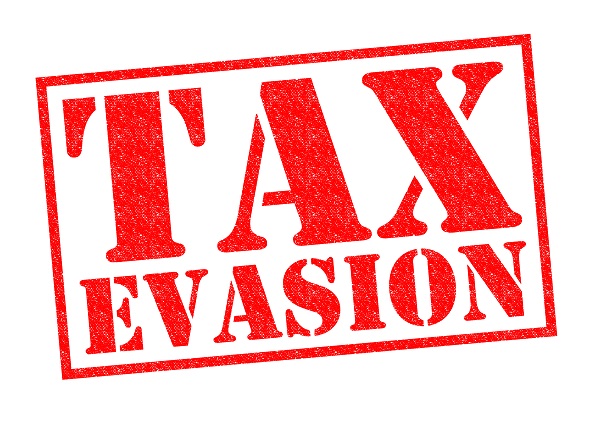 Taxation plays an important role in economic development by sustaining the existence of the state and financing social programmes and infrastructure investment. It also aids in the allocation of resources, redistribution of income and correction of negative externalities, as well as support of domestic industries by restricting imports.

The provision of public services and infrastructure financed by tax revenue is a key factor for economic growth and development. Yet, as a country, we fail to generate the requisite tax revenue to finance public expenditures.

Consequently, the Attorney-General and Minister of Justice, Godfried Yeboah Dame, has declared war against tax evaders who are denying the country the needed tax revenue.

He has warned that companies that under-declare their incomes and also use other dubious means to evade taxes will face the full rigours of the law.

In an exclusive interview with the Daily Graphic last week Tuesday, he said tax evasion, avoidance and under-declaration of income were pervasive in the country, a situation that robbed the state of crucial revenue for development.

There is no better time for the A-G to exercise his prosecutorial powers over tax evasion than now when the nation is challenged by high debt distress and every pesewa due the state is collected.

Unfortunately, tax evasion has been an age-old problem, with some companies and investors taking advantage of the lax in monitoring and that nature of accounting to creatively manipulate the figures to dubiously conceal their real profits.

Some of these companies have used transfer pricing while others have intentionally used more debt rather than equity to run their operations just so they can declare fake losses at the detriment of accounting for the real profits.

Admittedly, the country’s system of monitoring and even the manner in which accounting is done, and how businesses are not captured within the tax net lead itself to tax evasion.

The Daily Graphic appreciates the collaborative efforts between the A-G’s Office and the Ghana Revenue Authority (GRA) and other agencies to ensure that companies that short-changed the country in the payment of taxes are legally made to honour their tax obligations.

The collaboration, the paper has learnt, involves the A-G’s Department reviewing and examining tax cases from the GRA, as well as giving legal support to help the GRA to effectively discharge its mandate.

It is important to state that it was such multi-sectoral collaboration that led to the Chief Justice establishing a special tax court to help in the speedy adjudication of tax cases.

Already, such collaborations have led to the retrieval of hundreds of millions of dollars in taxes from non-tax compliant companies, especially those in the extractive sector.

We know that already some of these entities are being prosecuted and more of them must be made to face the music notwithstanding their size and their impact on society and the economy. We cannot afford to breed such irresponsible and criminal corporate organisations which have made it their calling to rob the nation of billions of cedis of taxes due the nation.

The Attorney-General is charting the right path and he must be supported on the cause that he has embarked on to ensure that companies discharge their tax liabilities fully without let or hindrance.

We must also commend the Chief Justice, Justice Kwasi Anin Yeboah, for setting up a tax court, presided over by a Justice of the Court of Appeal, to deal exclusively with tax offences.

The tax court is a testament to the inter-agency collaboration to ensure that the country is not ripped off by entities in the payment of taxes.

In another effort by the judiciary, the GRA has recently been emboldened in its tax assessments mandate following a Supreme Court decision which affirmed a legal provision that makes it mandatory for taxpayers dissatisfied with a tax assessment by the GRA to pay 30 per cent of the tax before challenging its legality.

The Daily Graphic urges the government to continue to build the capacity of the GRA, introduce new innovations to expand the tax net and also plug the loopholes in the system.

Tax is the lifeline for the country’s development and we must all contribute our share of taxes.