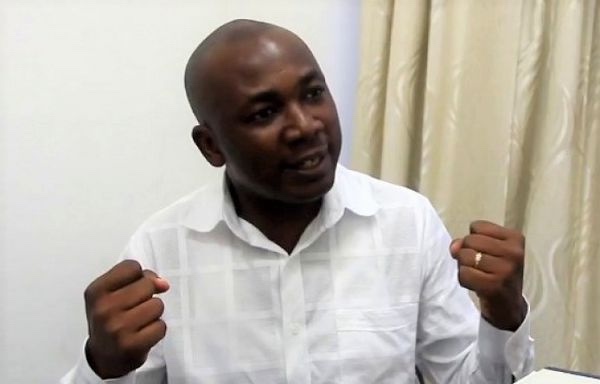 Professor Godfred Bokpin has said Ghana made some progress each time it sought a bailout from the International Monetary Fund (IMF) but successive governments have not been able to sustain the growth momentum generated by these programs.

According to him, the Fund can therefore, not be blamed for the minimal impact that its prescribed economic and structural policies have on Ghana’s long-term economic growth. Since Ghana is not able to sustain this growth momentum, the country always thinks of going back to the Fund anytime there are challenges, he said.

Speaking on PM Express Business Edition on Thursday night, the Economist and Professor of Finance at the University of Ghana Business School noted that should the economy continue to suffer, the government would have no other option than to run to the IMF for help.

“Perhaps, the reason why a lot of people wouldn’t say the IMF should be the option is because in terms of long-term solutions, we haven’t had that in all our program engagement with the fund.  But I don’t think that we can blame the fund necessarily for that.

“I believe that we’ve made some kind of progress anytime that we’ve been under the IMF but sustaining that and building on that, we have not done well. And that is a reflection of probably our own actions and inactions over the years and that is why when you look at the data practically, every three years and some few months, we’ve had to go to the IMF”.

IMF not the solution

Meanwhile, the Chief Executive Officer of C_Nergy Ghana, Michael Cobblah, said the government running to the IMF should not be the solution to sustaining Ghana’s economy. He contended that the country has not been able to sustain the gains made under solutions proffered by the IMF as such, it is time to look internally for sustainable solutions to Ghana’s economic woes.

Also speaking on PM Express Business Edition, Mr.  Cobblah noted that the restrictions the IMF may impose on the economy, should the government subscribe to a program, may not solve the myriad of problems plaguing the country.

Aside the restrictions that the Fund may impose, Mr. Cobblah noted that considering the current situation, an IMF solution may not also be able to fill the monetary gap the country presently needs.

“And we need to demonstrate with hard figures, with cash flows, showing that we can really come out of this by cutting down the expenditure that we say we’re going to cut and showing the hard numbers in terms of what we really are doing substantially to turn the situation around. I personally don’t believe that the IMF is the solution”.

Mr.  Cobblah said amidst rising inflation, it is expected of government to find a solution that will cushion citizens to make the situation a little bearable for them while still maintaining economic growth.

To this end, he suggested that the solution to building investor confidence in Ghana is for government to cut down on expenditure and demonstrate fiscal discipline.

This conversation followed recent comments by Deputy Finance Minister, John Kumah, that the government may soon turn to the IMF for support if the current homegrown programs fail to bring the needed economic stability and restore investor confidence.