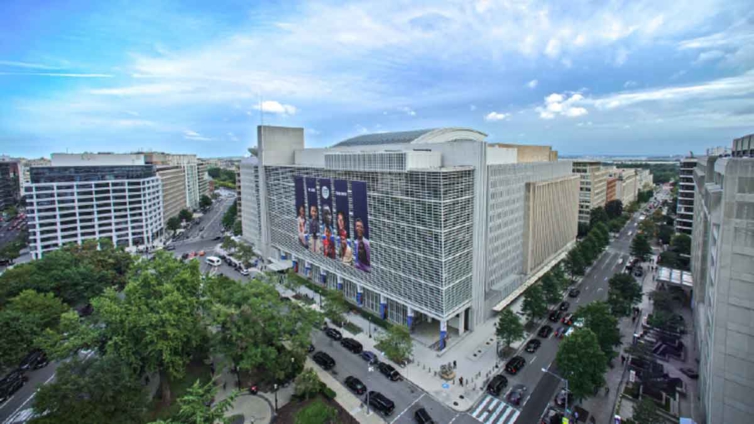 Growth in Sub Saharan Africa is projected to decelerate from 4.2% in 2021 to 3.7% in 2022, as high inflation and policy tightening weaken domestic demand, the World Bank June 2021 Global Economic Prospects report has stated.

According to the Bretton Wood institution, the growth deceleration in major trading partners is compounding these headwinds.

“Growth is projected to firm slightly to an average of 3.9% in 2023-24, assuming further progress with pandemic containment, favorable terms of trade in commodity exporters, and a gradual easing of global food price pressures.”

Although forecasts for both 2022 and 2023 have been unchanged—mainly on account of upward revisions for Nigeria—regional growth excluding the three largest economies (Angola, Nigeria, and South Africa) has been revised down by 0.4 percentage points this year.

This the World Bank said reflects slower than-expected growth in 30 countries, or over 60% of Sub Saharan African economies, which together account for more than one-quarter of the regional Gross Domestic Product.

Similarly for 2023, excluding the three largest economies, SSA growth has been revised down by 0.4% since January.

High inflation is anticipated to depress real incomes and domestic demand across the region.

The accompanying increase in poverty is especially concerning in countries where many people are already at high risk of falling into food insecurity (Democratic Republic of Congo, Ethiopia, Liberia, Madagascar, Nigeria, Sierra Leone).

The World Bank further said slowing reform momentum, elevated levels of violence and insecurity, and policy uncertainty are envisioned to continue to deter private investment in many countries.

The growth slowdown could also intensify pandemic-induced losses in per capita incomes.

In about 45 percent of the region’s economies and a half of its fragile and conflict-affected countries, per capita incomes are forecast to remain below pre-pandemic levels in 2023.

Only about 40 percent of SSA economies and 39% of the region’s fragile and conflict-affected countries were expected to be in this position in January.

SSA as a whole is now expected to remain the only Emerging and Developing Economy region where per capita incomes will not return to their 2019 levels even next year.

Stronger growth this year reflects support from elevated oil prices, the further recovery in agriculture and manufacturing, and structural reforms (for example, the Petroleum Industry Act of 2021).

Growth in South Africa to fall back to 2.1%

The policy interest rate has already been raised four times during the current hiking cycle, with further increases likely in order to cool rising inflation.

Elsewhere in the region, growth is expected to average 5.3 percent in 2023-24—0.4 percentage points below January’s forecast.

Although increased commodity prices are projected to underpin recoveries in extractive sectors and strengthen export and fiscal revenues in some exporters of energy and industrial metals (Botswana, Democratic Republic of Congo, Republic of Congo, Guinea, Mozambique, Sudan), other producers are expected to struggle in ramping up mining production because of aging facilities and elevated security risks (Chad, South Sudan).

Agricultural commodity exporters stand to benefit from higher global food prices as well; however, agricultural production will be constrained in the short term by surging costs of farm inputs (fertilizer, fuel), irregular rainfall, and high levels of violence in some countries.