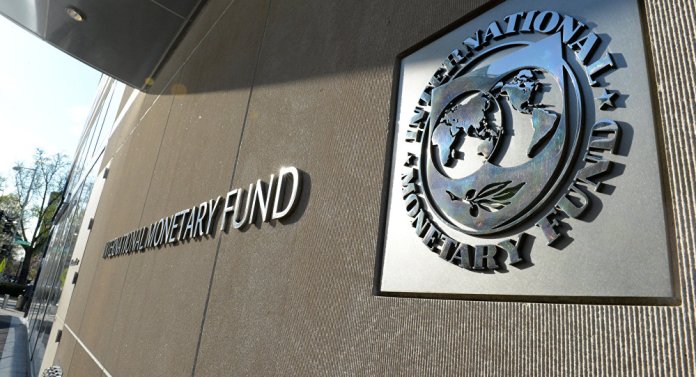 On 2 August 2021 the IMF approved an historic SDR allocation, aiming to boost global liquidity. The SDR allocation, which came into effect three weeks later, could have positive ripple effects on African FX markets, especially if on-lending mechanisms are put in place, supporting the overall balance of payments.

“This is a historic decision,” IMF Managing Director Kristalina Georgieva said at the time, hailing the SDR allocation as “a shot in the arm for the global economy at a time of unprecedented crisis”.

While the SDR allocation benefits all of the IMF’s 190 member states, particular focus was given to the most vulnerable countries struggling to cope with the impact of the COVID-19 crisis.

Given that the SDR allocation is distributed to countries in proportion to their quota shares at the IMF, it is no surprise that the allocation to Sub-Saharan Africa was less than USD30 billion. The allocation has so far had varied effects across African markets but this has boosted reserves and, in general, many countries are in a stronger external position than they were at the start of the year.

“It’s the biggest SDR allocation ever, and it’s a strong response by the IMF to the panic-induced turmoil countries have endured,” says Sam Singh, Fixed Income, Currency and Credit Strategist at Absa CIB.

“At the onset of the pandemic, severe challenges started to emerge in many developing economies. The strain on those economies from lower levels of trade and global growth was exacerbated by heightened risk aversion. We then started seeing multilateral agencies providing support to those countries through emergency financing, and many countries also took on their own stimulus measures.”

The IMF’s response to help further alleviate the balance of payments pressures of member countries was to approve the first SDR allocation since 2009, and by far the largest allocation to date. At SDR 456.5 billion (about USD650 billion), 2021’s allocation was more than double all of the previous allocations combined.

As Singh points out, though, SDR is not a currency. It serves as a unit of account based on a basket of five major currencies (US dollar, euro, yuan, yen and pound sterling). Of the USD650 billion general allocation, about USD275 billion was earmarked for emerging markets and developing countries.

Importantly, the IMF’s SDRs are not a gift. Although there is no cost to member states from the SDR allocation, the use of the SDRs does incur costs.

“Funding needs are quite dire in Africa, and there is talk of some developed countries on-lending their SDRs to more vulnerable countries to further help with liquidity. The challenge here would be around finding a method of doing that without having the developing countries incurring too much debt,” says Singh.

So far, the IMF indicates that the target set by the G7 for the reallocation of SDRs is at about USD100 billion. The IMF is working on two major objectives: boosting the Poverty Reduction and Growth Trust, and creating a new Resilience and Sustainability Trust to use SDRs effectively.

An FX lifeline for emerging economies?

The SDR allocations could have far-reaching impacts on those countries’ external positions, especially if there is on-lending between richer nations and developing markets.

“You can determine that by looking at the FX buffers they have in place,” Singh explains. “Since the onset of the pandemic, some emerging economies have managed to maintain a high level of FX reserves following emergency assistance and BOP adjustments, while others have seen theirs drop quite substantially.”

Zambia provides a good example of where the allocation has been very beneficial. By mid-2021 the FX reserves at the country’s central bank, Bank of Zambia, remained near record lows.

Zambia is an example at one end of the spectrum, but in many other African countries (including Uganda and the Seychelles) the SDR allocations were equivalent to only about 10% of their FX reserves at the time.

What could this mean for exchange rates?

“When we first learnt about the IMF’s SDR, we were hopeful that it would help the liquidity conditions in some of these markets, and would provide support to the progress already made by some countries to replenish their reserve buffer,” says Singh.

In addition to the BOP support provided by multilaterals, SDR allocations and higher commodity prices (for some), for more open markets central banks may soon need to look at regaining some yield advantage over developed market peers to prevent portfolio outflows.