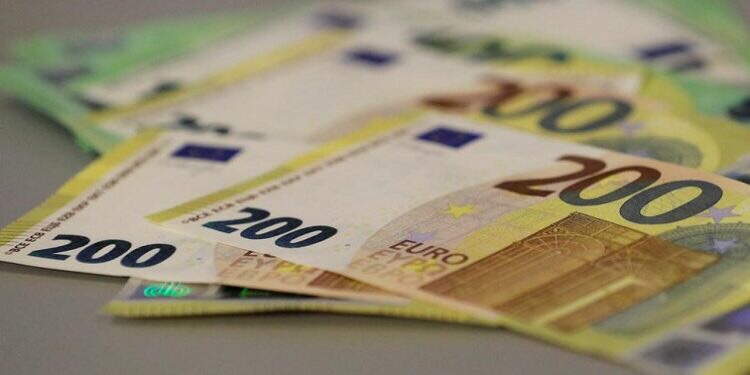 The dollar was kept on the back foot on Wednesday as hopes for a breakthrough in Russia-Ukraine peace talks lifted the euro, while the under-pressure yen steadied even as the Bank of Japan redoubled efforts to pin down bond yields.

The euro, battered in recent weeks by fear of the economic fallout from war in Ukraine and nerves about the risk of the conflict spreading west, touched a two-week high of $1.1137 overnight, before settling back to $1.1091 in Asia.

The common currency also jumped through its 200-day moving average on the pound to hit a three-month high of 84.81 pence, while Russia’s rouble surged to a one-month top of 83.50 to the dollar.

Russia has promised to scale down military operations around Kyiv and Ukraine proposed adopting a neutral status in a sign of progress at face-to-face negotiations in Istanbul.

US officials poured a little bit of cold water on hopes for a deal by warning the threat to Kyiv isn’t over. “At least the two sides are talking,” said Commonwealth Bank of Australia strategist Joe Capurso.

“The tentative good news about the war will benefit the euro more than any other currency given Europe’s proximity to the conflict and reliance on Russian energy,” he said.

The mood also proved helpful for risk-sensitive currencies such as the Australian and New Zealand dollars.

The South Korean won, which like the euro has been battered by the leap in oil prices since war began just over a month ago, logged its best session in two years overnight.

The yen, meanwhile, is fighting to find a floor around 123 to the dollar.

It is on track for its worst month since November 2016, with a roughly 7% loss on the dollar as Japan’s central bank has doubled down on its dovish stance while the rest of the world turns hawkish.

The BOJ, already in the midst of a four-day pledge of unlimited bond buying to hold 10-year yields beneath its 0.25% ceiling, ratcheted up efforts by extending purchases along the curve in both directions.

“Risks remain tilted towards the upside for USD/JPY today. The 125.00 mark will continue to be a good level of topside resistance,” said Sophia Ng, an analyst at MUFG Bank in Singapore.