HomeNewsBanking and FinanceSouth Africa: 497 million from World Bank to move away from coal

South Africa: 497 million from World Bank to move away from coal 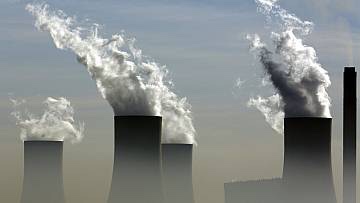 The World Bank said in a statement on Friday that South Africa, a significant emitter of greenhouse gases and a country struggling with its energy transition, had been awarded $497 million to convert one of its old coal-fired power plants.

The continent’s leading industrial power, whose delegation will accompany President Cyril Ramaphosa to COP27, which opens Sunday in Egypt, still gets 80% of its electricity from coal, a pillar of the South African economy employing nearly 100,000 people.

But the country is plagued by continuous power cuts, with debt-laden state-owned Eskom unable to produce enough electricity with ageing facilities that are on average 41 years old and poorly maintained.

The World Bank “approves $497 million in financing to reduce greenhouse gas emissions in South Africa and support a just transition,” the institution said.

The funding, in the form of loans and a grant, will be used to convert the Komati power plant in the northern province of Mpumalanga.

The plant was shut down on Monday after more than 60 years of operation. The plant, which had nine generating units, consumed up to 12,000 tonnes of coal daily and produced twice as much electricity as all the country’s existing plants when it was completed.

It is to “serve as an example” for the energy transition of mighty South Africa and be converted into a renewable energy production site powered by 150MW of solar, 70MW of wind and 150MW of battery storage, the World Bank said.

“Reducing greenhouse gas emissions is a difficult challenge worldwide, particularly in South Africa given the high carbon intensity of the energy sector,” said the organisation’s president, David Malpass, quoted in the statement.

South Africa last year secured $8.5 billion in loans and grants from a group of rich countries to finance the transition to greener alternatives.

Tense negotiations on how the money should be spent were due to start ahead of COP27.

According to the World Bank, the country needs at least $500 billion to achieve carbon neutrality by 2050.