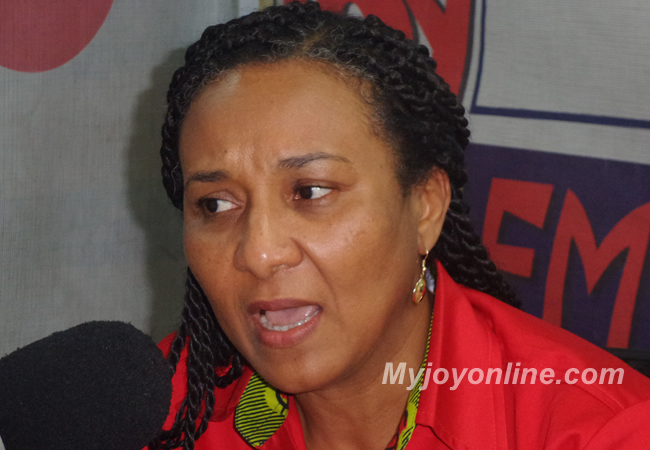 A former Deputy Minister of Finance Mona Quartey has asked the Ministry of Finance to release data on the Annual Budget Funding Amount (ABFA) to the Public Interest and Accountability Committee (PIAC).

This comes after the ministry has, for the fourth time, failed to release data on the ABFA to PIAC to enable the body add their data in the compilation of its reports on petroleum revenue utilization.

The ABFA is the statutory fund required to receive oil revenue earmarked for government expenditure.

PIAC is mandated by the Petroleum Revenue Management Act , 2011, (Act 815) to release two reports in a year, the semiannual and the Annual reports, on how the revenue generated from petroleum utilized.

Institutions such as the Bank of Ghana, the Ministry of Finance, the Ghana National Petroleum Corporation (GNPC) are required to submit to PIAC, data on the allocations made to them.

However, PIAC has revealed in its report covering the first half of 2020 that the Finance Ministry failed to do so for the fourth time.

This, according to PIAC, makes it work difficult and also frustrates the transparent manner in which the oil money is supposed to be utilized.

“For the fourth time, the Ministry of Finance failed to provide ABFA utilization data for the compilation of PIAC reports.

“This makes it difficult to reconcile disbursements and expenditure and undermines the spirit of accountability as envisaged in the PRMA,” PIAC said.

Speaking in an interview with TV3’s Alfred Ocansey ahead of the budget presentation on Friday March 12, Ms Mona Quartey said “To be honest I am at a loss on that because the Ministry of Finance’s obligation to PIAC is in the public interest, it is very important. They must send every information that is required and they have the checklist and they must do it in a timely manner to PIAC.

“PIAC’s role being the watchdog on our petroleum revenue funds is very important. It so modelled on the Norwegian Petroleum Fund management. It ensures transparency and accountability therefore there is no reason why Ministry of Finance should not have released the information to PIAC. It may be late, that is fine because of the current situation things can happen.”


GNPC MOFEP Oil Revenue PIAC PRMA
how can we help you?