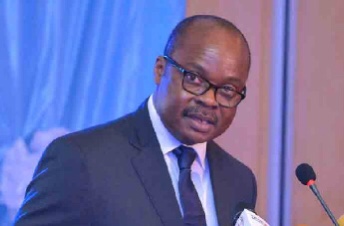 Dr. Ernest Addison, Governor of the Bank of Ghana, has stated that economic stability has often been taken for granted and the recent developments in Ghana have really brought back the importance of stability.

According to Dr. Addison, the instability is manifesting itself in terms of high inflation which is eroding purchasing power of Ghanaians.

“With very high inflation at close to 30 percent, the purchasing power of the Ghana cedi has been eroded, that is why we having the cost of living adjustments, because people go to the market with the same amount of money and are not able to buy the same things that they were previously able to buy. This is the cost of instability”.

Commenting on the Cost of Living Allowance (COLA) and the expected increase in utility tariffs, the Governor noted that even though the allowance will cushion workers, it will have to be properly managed so as not to worsen the current situation.

“So, the COLA was needed to cushion workers a little bit from the erosion of the purchasing power of their salaries, but, it would have to be managed going forward, because you cannot also have a situation where you have a widening fiscal deficit, alongside wage adjustments which exert additional fiscal pressures and create further instability.

“Then, you get a vicious cycle of wage price adjustments which lead to more instability. That cycle has to be broken by fitting this sort of wage adjustment within an envelope which would make the fiscal still sustainable. I think this is the challenge from that side”.

In recent times, there have been widespread discussions that the nature of consumer price inflation in Ghana cannot be properly curbed with monetary policy instruments, because it is basically price increases which are on a tangent from production cost and liquidity in the economy.

It was widely speculated that the decision by the Monetary Policy Committee (MPC) of the Bank of Ghana to maintain the policy rate at 19% despite rising inflation, was an admission that there is limited effect the monetary policy can have on inflation.

“So, we are convinced that the monetary policy actions already taken have had an effect and the pace at which inflation is going up is moderating. That is very important and therefore, we think that if we have not peaked, we probably should be peaking soon. This is what we make out of the data. The issues that you were saying that the consumer price inflation in Ghana cannot be resolved by monetary policy, we completely disagree with that”.

The Governor further explained that even though inflation was initially driven by supply shocks, it has now broadened to almost all items in the consumer basket. According to him, “once you see this sort of generalized increase in prices, that immediately tells you that monetary policy has a role to contain inflation”.

Far from it, Dr. Addison indicated that “we are not admitting the limited effects of monetary policy” because “our policies have been very effective and we are seeing exactly what we expected, that the pace at which the inflation was rising would ease over time”.