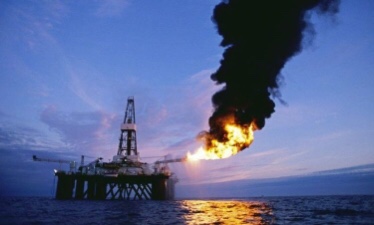 The Public Interest and Accountability Committee (PIAC), has disclosed that Ghana’s oil production might possibly be face some threats if measures are not put in place to review some laws guiding the industry.

The Committee has noted that the situation could impact both local and international activities.

PIAC in its assessment report on the management of petroleum revenue in the last 10 years, indicated that some of the threats that could adversely impact the industry include the growing discussion of energy transition and the impact of the African Continental Free Trade Agreement (AfCFTA) on local content legislation, a situation that has already begun affecting revenue generation from the sector.

Chairman of PIAC, Professor Kwame Adom Frimpong, speaking at the launch of the report, called on stakeholders to intervene as soon as possible with some reviews to both policies and regulations in the petroleum upstream sector.

“We shouldn’t forget the African Continental Free Trade Agreement is in existence and that the local content regulations must be re-looked at as soon as possible. Also the recent conversations on the energy transition which has begun impacting on revenue inflows from the sector must also be taken into consideration because production will be heavily affected,” he said.

The report also revealed that Ghana earned about $6.55 billion from oil and gas production by the end of 2020, equivalent to 9.97% of Gross Domestic Product.

The Annual Budget Funding Amount (ABFA) has been allocated the highest amount of $2.6 billion (40%) over the period, out of the amount

This is followed by the Ghana National Petroleum Cooperation (GNPC) which has received $2.0 billion (30%); the Ghana Stabilisation Fund (GSF)receiving an amount of $1.39 billion (21%) of total revenues; whereas the Ghana Heritage Fund (GHF) has received $586 million (9%) of the total allocation.

Reacting to some recommendations given, a Deputy Minister of Energy, Andrew Agyapa  Mensah, admitted that although there may be challenges, work has begun to correct most of the concerns raised.

“Indeed it’s a good observation, but some of these calls are coming a bit too late because we have done some reviews to some of the regulations and more are ongoing. So we can accommodate some other concerns” he said.