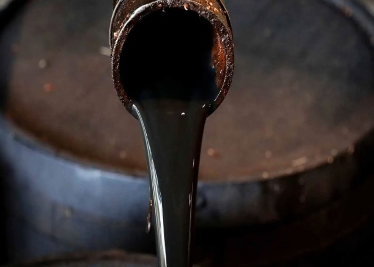 From the production of noodles, pasta, cakes and other confectioneries to the consumption of petrol, the decision of Russian forces to launch its long-feared attack on Ukraine is having a far-reaching impact for families in Africa’s biggest economy.

Russia’s attack on Ukraine and retaliatory sanctions from the West may signal good news to petrol-dollar economies like Nigeria as Brent, the gauge of Nigeria’s crude oil, surged past $100 a barrel for the first time since 2014.

Yet, the conflict threatens to inflict more pains on Africa’s biggest economy through higher subsidy pain, higher gas prices, and increasing cost of pasta foods, given Russia’s role as the world’s second-largest producer of natural gas, largest exporter of wheat and one of the world’s largest oil-producing nations.

These developments could mean an increase in the cost of living among Nigeria’s 200 million population and further expose the country’s persistent inability to swing oil fortunes to economic realities, despite its energy wealth.

Brent has been marching upward and has jumped more than $20 a barrel since the start of the year amid escalating Russia-Ukraine tensions.

“The next day will be quite critical – will definitely see prices exceeding 100/bps in the coming weeks,” Carlos Casanova, senior economist for Asia at UBP in Hong Kong, told Al Jazeera.

“In case supply from the US or talks in Vienna don’t go as planned, this could result in further appreciation pressures in the $150-170 range,”Casanova said, referring to talks in Vienna aimed at reviving the Iran nuclear agreement, which would provide a fresh boost to supply.

In January, a group of economists at JPMorgan Chase & Co. predicted that a surge to $150 a barrel would reduce global economic growth by more than three quarters, to less than 1 percent in the first half of the year.

More than any other country, Nigeria relies on crude oil for most of its foreign exchange and two-third of government revenue. Nigeria also needs the oil price to rise and in the worst case, remain steady at any price above its revised budget benchmark of $62 a barrel to feasibly implement its 2022 budget.

For several months, Russia has been accused of intentionally disrupting gas supplies to leverage its role as a major energy supplier to Europe amid an escalating dispute with Ukraine.

The development was a subject of rare public rebuke from the International Energy Agency (IEA), which called on Russia to increase gas availability to Europe and ensure storage levels were filled to adequate levels during a period of high winter demand.

Kateryna Filippenko, principal analyst for Europe gas research at Wood Mackenzie, said, “Things could obviously get a lot worse” if Russian exports to Europe were disrupted.”

Findings by BusinessDay show the global natural gas price has soared to an eight-year high to an average of $4.53 per cubic feet, highest since the close of 2014

This high price would provide unique prospects for countries like Australia or Qatar to increase their market share, which could have been the case for Nigeria if the government had not abandoned the $20 billion Brass LNG project in Bayelsa State and the $9.8 billion Olokola LNG project located on the border town between Ogun and Ondo states, Victor Eromosele, former general manager, finance, and chief financial officer of Nigeria LNG Limited, said.

“This would have been an ideal time for Nigeria to gain more market share in the global market,” he said.

With the current price of crude oil higher than the $62 per barrel oil benchmark in the 2022 budget, Nigeria is expected to earn an extra $42 on every barrel of crude sold — but the country’s subsidy shortfall payments will erode the gains.

President Muhammadu Buhari, who touted subsidy as ‘a scam’ before coming to power in 2015, is preparing to spend $2.6 billion on the scheme in 18 months, and analysts say it may not be unconnected with the imminent 2023 general elections.

The country’s rising fiscal deficit makes a mockery of the government’s continued petrol subsidy regime that gulps over a trillion naira per annum.

“In the face of this dilemma, we recommend that the removal is phased and with a complement of heavy investment in critical infrastructure that supports production in the economy,” the director-general of the Lagos Chamber of Commerce and Industry (LCCI),Chinyere Almona, said.

Findings show Nigeria spent a total of N270.83 billion to cater for the cost of petroleum shortfall in December 2021. This was the highest cost for the petrol shortfall in 2021.

The development between Russia (largest exporter of wheat) and Ukraine is also a huge concern for consumers of wheat in Nigeria.

In Nigeria, wheat is one of the most consumed grains in the world for the production of noodles, pasta, cakes and other confectioneries.

According to the Food and Agriculture Organisation of the United Nations, the price of a bushel of wheat rose by 5.7 percent Thursday to $9.347 following the escalation of the conflict.

The ripple effect will be faced by Nigerian firms operating in the food industry that are currently facing an uptick in production costs from exchange range volatility and supply chain disruptions.

In the last 12 months, wheat-based products such as the popular pre-packed wheat flour and bread (sliced and unsliced) have witnessed steady price increase across the country.


Crude Oil Nigeria
how can we help you?