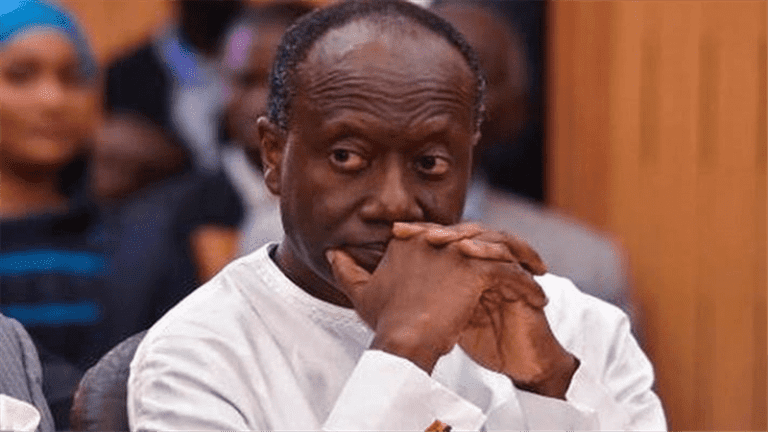 An Insurance Marketer and social commentator, Mr Edgar Wiredu has said that the new measures announced by the Finance Minister Mr Ken Ofori-Atta that are aimed at dealing with the economic challenges facing the country are only meant to enable the government achieve the 7.4% deficit target set in the 2022 budget, not necessarily to cushion the suffering Ghanaian.

Mr Ofori-Atta announced on Thursday March 24 that with immediate effect, the government has imposed a complete moratorium on the purchase of imported vehicles for the rest of the year.

“We will pursue a comprehensive re-profiling strategies to reduce the interest expense burden on the fiscal; and liaise with Organised Labour and Employers Association to implement with immediate effect, the measures captured in the Kwahu Declaration of the 2022 National Labour

“Conference, including reforms towards addressing salary inequities / inequalities (e.g. Article 71 Office Holders), the weak link between pay to productivity and the sustainability of the payroll.

“Let me say this, President Nana Addo Dankwa Akufo-Addo has absolutely no intention to roll back on a major policy like Free SHS. We see education as the best enabler for sustainable economic growth and transformation and will do more to improve on it for it to serve more and better our children. All of these measures are aimed at ensuring that we achieve the 7.4% deficit target set in the 2022 budget” Mr Ofori Atta further stated.

But speaking on the Key Points on TV3 Saturday March 26, Mr Edgar Wiredu who was not impressed with the measures said these measure are just to enable the government achieve the 7.4 per cent deficit, not to cushion Ghanaians.”

He further said a developing economy like Ghana should not depend on taxes to grow.

“For a developing country you don’t depend on taxes to develop,” he told host Dzifa Bampoh.