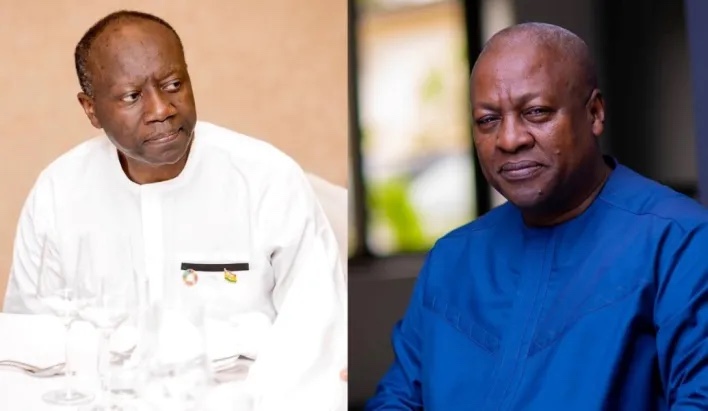 Mr Mahama said the Finance Minister rather chooses to listen to staff of his Databank on how to run the economy.

Mr Mahama blamed the economy challenges partly on this situation.

Delivering an address at the University of Professional Studies, Accra (UPSA) on Thursday October 27, he said “We’ve had our own set of challenges in government but nothing we did, or the outcome thereof, has come anywhere close to the disaster unfolding before our eyes today.

“To be clear, we are in this mess because an untouchable finance minister, relying on his Databank workers, and neglecting the advice of seasoned experts at the Finance Ministry, has been left to run this economy into the ground.

“We are in this mess because a so-called “solid economic management team” over the last few years, has been unable to call the President’s cousin to order when he embarked on a reckless borrowing spree, indiscriminate closure of indigenous banks and financial institutions, and creative presentation of economic statistics to make our situation look rosier than the reality.

“We are in this mess because we have a President who fails to take responsibility and has instead left the nation on autopilot in the hands of bungling ministers who he describes as ‘excellent’.

“Last December the President is on record as having said the present economic mess is not his fault.”

He added “For emphasis, the biggest blame for the current tragic situation with our
economy lies with the very people charged with managing the country— not with the pandemic, not with the war— our country has been unprofessionally, and Ghana has been treated like an experimental playground and a family heirloom.

“And I regret to say, this was all avoidable.”