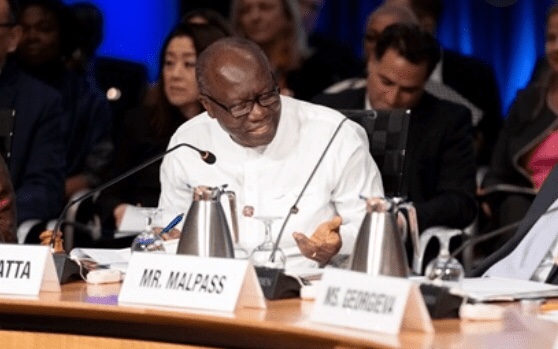 Ghana’s Finance Minister Ken Ofori-Atta has described the meeting between African Finance Ministersand the G7, an informal grouping of seven of the world’s advanced economies: Canada, France, Germany, Italy, Japan, and the United Kingdom, the United States and the European Union, as historic.

He says this is the first time the G7 has called African Finance Ministers to deliberate on the crisis that they see.

Representatives from Ghana, Tunisia, Morocco, Senegal were all at the meeting.

Speaking in an exclusive interview with TV3’s Sani Abdul-Rahman, Mr Ofori-Atta said “It was actually quite a historic meeting because for the first time the G7 has called African Finance Ministers to deliberate on the crisis that they see.

“The trues that these are exogenous factors that have really, even their own economies put it under serious stress and are therefore, looking for ways in which they can add to the capital needs to make sure that things do not deteriorate. So countries such as Ghana, Senegal, Tunisia, Morocco were there.”

He added “The empathy is clear, the need to [introduce] something new and therefore, their interest in encouraging the world Bank to find more resource, tapping into the private sector  so that they will stabilize where things are going.

“They have reduced growth rate to 2.7 per cent expecting a grim and difficult period, they don’t want to make sure that things deteriorate from liquidly to insolvency to chaos.”

Also featured are seminars, regional briefings, press conferences, and many other events focused on the global economy, international development, and the world’s financial system.


Finance Ministry Ken Ofori-Atta
how can we help you?