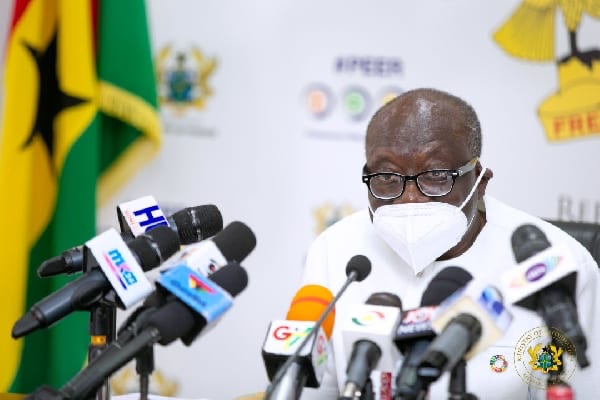 Finance Minister Ken Ofori Atta has announced a reduction in the BOST Margin and also a 50 per cent cut in fuel coupons.

He announced the “2pesewas on BOST Margin” and the “50 per cent reduction in fuel coupons” while announcing measures to deal with the economic challenges facing the country.

“These times call for very efficient use of energy resources. In line with this, there will be a 50% cut in fuel coupon allocations for all political appointees and Heads of government institutions, including SOEs, effective 1st April 2022,” he said.

Regarding the cedi, Mr Ofori-Atta said that despite the challenges facing the country at the moment, the Cedi is doing better than it did in 2014 and 2015 when Mr John Dramani Mahama was the President of Ghana.

The BOST Margin has remained at 3 pesewas per litre since 2011.In December 2019, it almost went up to 6 pesewas per litre but the decision was quickly reversed following intense pressure on government by opposition parties as well as CSOs such as the Chamber of Petroleum Consumers (COPEC).

Announcing measures to deal with the economic challenges facing the country on Thursday March 24, he said “In spite of it all, the cedi has held under these extreme challenges better than it did in 2014 and 2015. This is because the fundamentals are much stronger.”

The cedi has been going through some troubles over the period. It is currently trading beyond 7 cedis to the dollar. Analysts have predicted it is most likely to cross 8.

Following this situation, the Importers and Exporters Association of Ghana has said consumers in Ghana should prepare to pay more for goods and services.