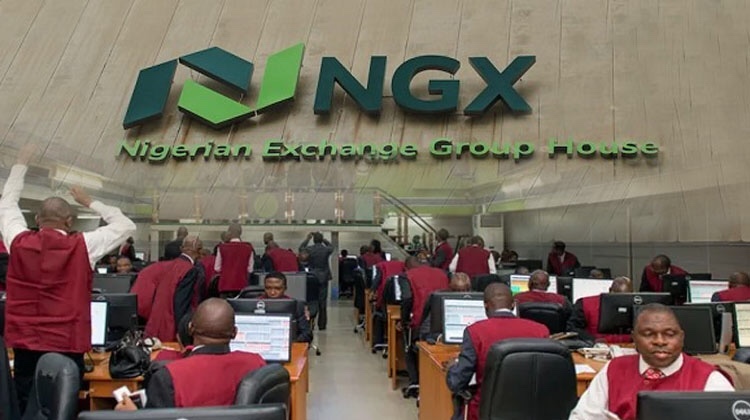 The equities market of the Nigerian Exchange Limited declined by N38bn at the end of trading on Monday as 13 firms saw their share prices fall.

Analysts at Cordros Securities said, “The domestic equities market started the week’s trading with bearish sentiments, as investors took profits off FBNH (-3.3 per cent) and WAPCO (-2.8 per cent) stocks. Thus, the All-Share Index settled lower by 0.1 per cent at 49,626.05 points. Accordingly, the Month-to-Date and Year-to-Date returns settled at -0.4 per cent and +16.2 per cent, respectively.

“Analysing by sectors, the insurance (-1.4 per cent), banking (-0.5 per cent) and industrial goods (-0.3 per cent) indices declined, while the oil & gas and consumer goods indices closed flat.

“As measured by market breadth, market sentiment was positive (1.1x) as 13 tickers gained relative to 12 losers. MULTIVERSE (+9.3 per cent) and FTNCOCOA (+6.7 per cent) topped the gainers’ list, while BETAGLA (-10.0 per cent) and NEM (-8.0 per cent) recorded the most significant losses of the day.”


Nigeria Nigeria Stock Exchange Stock Market
how can we help you?