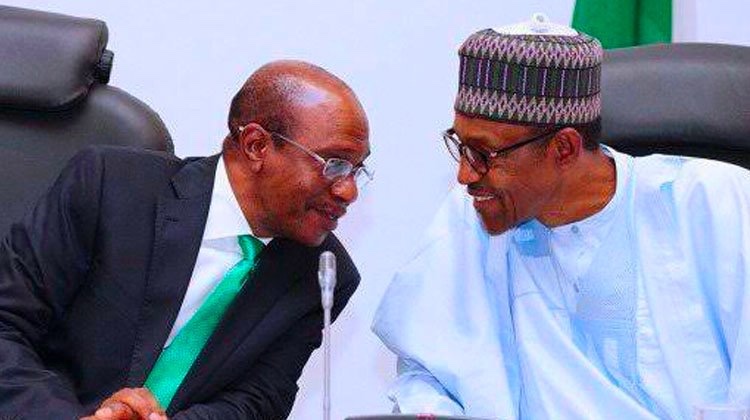 The Federal Government’s total borrowing from the Central Bank of Nigeria through Ways and Means Advances rose from N17.46tn as of December 2021 to N19.01tn as of April 2022.

According to data from the CBN, this represents an increase of N1.55tn within the first four months of 2022.

The N19.01tn owed the apex bank by the Federal Government is not part of the country’s total public debt stock, which stood at N41.60tn as of March 2022, according to the Debt Management Office.

The public debt stock only includes the debts of the Federal Government of Nigeria, the 36 state governments, and the Federal Capital Territory.

Ways and Means Advances is a loan facility through which the CBN finances the government’s budget’s shortfalls.

According to Section 38 of the CBN Act, 2007, the apex bank may grant temporary advances to the Federal Government with regard to temporary deficiency of budget revenue at such rate of interest as the bank may determine.

The Act read in part, “The total amount of such advances outstanding shall not at any time exceed five per cent of the previous year’s actual revenue of the Federal Government.

“All advances shall be repaid as soon as possible and shall, in any event, be repayable by the end of the Federal Government financial year in which they are granted and if such advances remain unpaid at the end of the year, the power of the bank to grant such further advances in any subsequent year shall not be exercisable, unless the outstanding advances have been repaid.”

However, the CBN has said on its website that the Federal Government’s borrowing from it through the Ways and Means Advances could have adverse effects on the bank’s monetary policy to the detriment of domestic prices and exchange rates.

“The direct consequence of central banks’ financing of deficits are distortions or surges in monetary base leading to adverse effect on domestic prices and exchange rates i.e macroeconomic instability because of excess liquidity that has been injected into the economy,” it said.

In June last year, London-based Capital Economics, in a report titled ‘The perils of deficit monetisation in Nigeria’, noted that over the past six years, on average, around 55 per cent of annual budget shortfalls has been financed by the CBN.

“Many of the problems plaguing Nigeria’s economy – from high inflation to a persistently overvalued currency – are tied to the government’s sustained reliance on the central bank to cover fiscal financing gaps,” it said.

The World Bank had in November last year warned the Nigerian government against financing deficits by borrowing from the CBN through the Ways and Means Advances, saying this put fiscal pressures on the country’s expenditures.

The Washington-based bank added that the Federal Government’s borrowing from the CBN was increasing the cost of debt in the country.

“Cost of debt is high as Federal Government also resorts to overdraft (Ways and Means financing) from the CBN to meet in-year cash shortfalls,” it stated.

It, however, said that the Federal Government was making efforts to negotiate terms with the CBN in order to convert the stock of overdraft financing into a long-term debt instrument, which would lower the cost of debt for the government and enhance fiscal sustainability over the medium-long term.

Despite warnings from experts and organisations, the Federal Government has kept borrowing from the CBN to fund budget deficits.

The PUNCH had reported that the Federal Government paid an interest of N2.03tn from January 2020 to November 2021 on the loans it got from the CBN through the Ways and Means Advances.

A professor of Economics and Public Policy at the University of Uyo, Prof Akpan Ekpo, said there was a need for the government to minimise its usage of central bank financing.

He however noted that “I hope they are borrowing to finance capital projects, not for recurrent expenditure.”

“The ideal thing is to avoid the Ways and Means facility, and most countries avoid that,” he added.

The Managing Director and Chief Executive Officer, Financial Derivatives Company Limited, Mr Bismarck Rewane, had stressed the need for the government to securitise the debt, which he described as quite large.

He said, “What we need to do is to actually securitise this formally. But I think that right now, the Federal Ministry of Finance or DMO is paying interest on the Ways and Means advances. So, the effect is that there is a cost to the borrowing, and the central bank is receiving the interest on it.”

The Managing Director/Chief Executive Officer, Cowry Asset Management Limited, Mr Johnson Chukwu, said the central bank borrowing put pressure on the exchange rate and the inflation rate, with “liquidity that has no productivity attached to it coming into the system.”

He said, “What that means is that the central bank has been struggling with mopping up excess liquidity as a result of injection of liquidity not coming from productive activities but rather from Federal Government’s W&M borrowing.

According to Chukwu, the securitisation of the ways and means advances will further increase the interest obligations of the Federal Government.

An economist and public sector reforms expert, Dr Chiwuike Uba, who is also the chairman of the Board, Amaka Chiwuike-Uba Foundation, urged the government to reduce its appetite for borrowing.

He said, “The truth is that it will be very difficult to stop borrowing abruptly in light of the situation we are in. However, we must reduce our appetite for borrowing to refocus, redirect and rethink our need for borrowing.”

He further advised the government to adopt other public-private partnership arrangements to implement various capital projects in the country rather than accumulating debts.

He advised the government to seek better ways to generate revenue, such as widening its tax net and privatising its assets.


Nigeria
how can we help you?