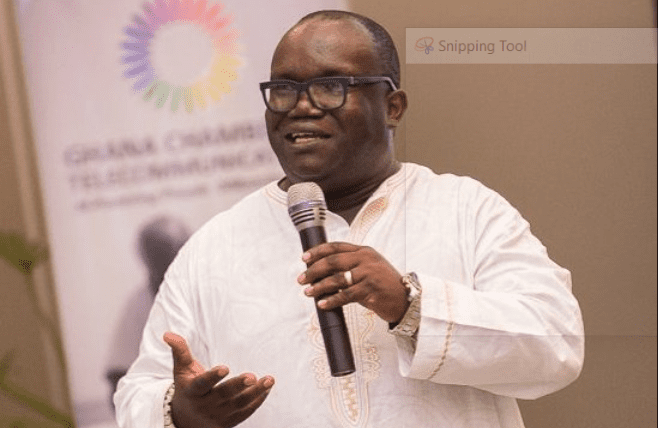 Chief Executive of the Ghana Chamber of Telecommunications(GCT) Ing. Dr. Ken Edem Ashigbey has underscored the need for fiscal policy to focus on incentivising players in the tech industry to invest in areas that will boost digital inclusion across the continent.

He was speaking with Techgh24 ahead of this year’s Mobile World Conference Africa in Kigali, Rwanda from Tuesday, October 25 to Thursday, October 27.

Dr. Ashigbey is one of two Ghanaian industry CEOs who will be speaking at this year’s conference. The other one is the CEO of Ghana Interbank Payments and Settlements Systems, Archie Hesse.

Dr. Ashigbey will be on two panels – Assessing the impact of telecoms traffic monitoring systems in Sub-Saharan Africa and Accelerating digital transformation through fiscal policy reforms.

He noted that the conference comes at a time when the Chamber is rounding up on its periodic total tax report for telecom operators in Ghana, and the figures show that the tax component of the revenue the industry generates has inched up a bit to 47Gp of every one cedi, which is a huge disincentive to investments by industry players into innovations that will boost digital inclusion.

According to him, the situation in Ghana is not necessarily a peculiar one, as many African governments tend to front-load when it comes to revenues they expect from the telecoms industry.

He explained that African countries tend to treat telecoms a lot differently from other sectors, and that is reflected in the loads of industry specific taxes, fees, charges, surcharges and more, plus very high licensing fees.

Citing the sale of 4G LTE license to MTN Ghana at US$67.5 million in 2015, Dr. Ashigbey said that was a typical example of how governments front-load their revenue expectations from the industry, instead of incentivising players so they could invest their remaining resources to expand accessibility.

Dr. Ashigbey said it is high time African governments reconsidered their approach to generating revenue from the technology sector and looked at reducing the cost of licenses and taxes so the industry players will be in a position to conveniently drive the digital inclusion agenda.

The Telecoms Chamber CEO noted that in Rwanda, where MWC Africa 2022 will be held, free Wi-Fi is very widespread and that is largely because government’s fiscal policy in that country incentivises industry players rather than muscling them for huge taxes and licensing fees.

He believes that such an approach is deliberate, and it rather creates growth in the ecosystem giving rise to more sustainable sources of revenue for government.

“It is my fervent hope that the panel discussion on fiscal policy reforms will come out with innovative ways of making fiscal policies a driver of investments to bridge the digital gap faster.

“I expect that government representatives and regulators like the NCA (National Communications Authority) and their counterparts on the continent will be present at the session on fiscal policy reforms so they could pick some of the lesson to inform their approach to generating revenue from the industry,” he said.

He also lauded the government and people of Rwanda for the speed with which they have and are developing their country, not just in infrastructure but even in the attitudes of the people and the orderliness with which things are done in that country.

“I believe as a country we can take a leaf from Rwanda in terms of our own development,” he said.

Dr. Ashigbey also expressed his gladness about the fact that MWC this year is focusing on Africa, saying that “When such conferences are organised at the global level, the African context is often left out, but this time the focus is mainly on Africa and it is refreshing because it creates room for a closer look at opportunities available in Africa and the challenges thereof, so they could be addressed.”