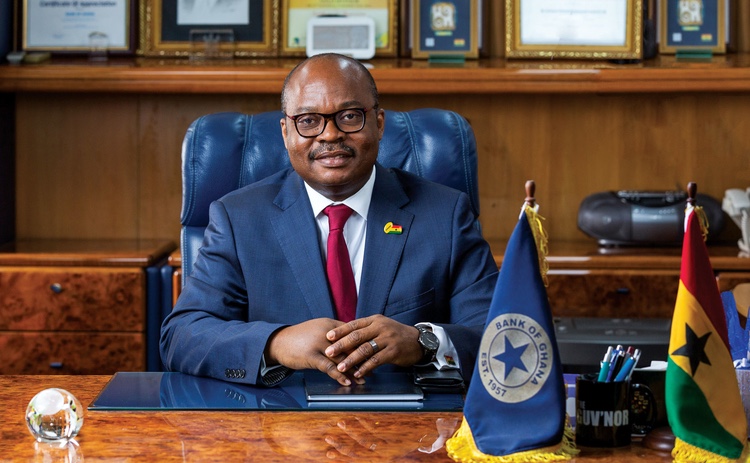 The hike in the policy rate was announced by Governor of the Bank of Ghana, Dr Ernest Addison on Monday, March 21, 2022.

With the increment in the policy rate, lending rates by commercial banks to business is expected to increase in line with the new policy rate.

“The combination of tighter global financing conditions, sharp pressures on the exchange rate, and elevated inflation pose some policy challenges, the risks in the outlook for inflation are on the upside and include petroleum price adjustments and transportation costs, and exchange rate depreciation.

“Fiscal policy implementation has come under strain, reflecting embedded rigidities in the fiscal framework which will require extensive structural reforms to free fiscal space to restore both fiscal and debt sustainability. Revenue performance has been slow to align with projections, while expenditure remains rigid downwards despite the strong efforts to cut expenditure by 20 percent as announced by the Government.

“The above have resulted in financing constraints which would have to be resolved very swiftly to ensure the announced fiscal consolidation path is achieved. The MPC is however confident that ongoing discussions will lead to very decisive policy reforms that will address underlying fiscal mismatches and restore some calm in the markets. This, together with the monetary policy decision and additional measures, should help re-anchor inflation expectations.

“Under these circumstances, the Committee has decided to increase the policy rate by 250 basis points to 17 percent,” remarked the Governor.

The Governor however, noted that the Bank expects inflation to return to its target band of 6-10% within a year.

The monetary policy rate is the interest rate at which the Central Banks makes loans to commercial banks and serves as the benchmark interest rates for onward loans to businesses in the country.

Meanwhile, Gross International Reserves at the end of February 2022 stood at US$9,547.96 million, providing cover for 4.3 months of imports of goods and services. This compares with US$9,695.22 million, equivalent to 4.4 months of import cover at end December 2021.

There was increased volatility in the foreign exchange market during the first few months of the year, driven by demand pressures from offshore secondary market activities, corporate sectors, oil importers, and weakened sentiments due to the downgrade by the rating agencies.

These factors tightened forex liquidity which was partly eased by the regular foreign exchange auctions and inflows from mining and remittances. Cumulatively, the Ghana Cedi depreciated by 14.6 percent against the US dollar, and 11.6 percent each against the Pound Sterling and Euro, in the year to 15th March 2022.

Total exports amounted to US$2.7 billion, a growth of 5.5 percent year-on-year, compared with US$2.6 billion as at February 2021. The jump in export receipts was driven mainly by a 35 percent increase in crude oil exports, benefitting from price effects as volumes declined. Other exports, mainly non-traditional exports, also registered an increase of 27.2 percent.

Consistent with a pick-up in economic activities, imports grew by 7.9 percent to US$2.3 billion compared with US$2.2 billion same period last year. The growth was reflected mainly in oil and gas imports (primarily refined petroleum products), which went up by 80.1 percent year-on-year.

Looking ahead, these trends together with developments in the services and income account will likely result in a widening of the current account deficit by the end of the first quarter.