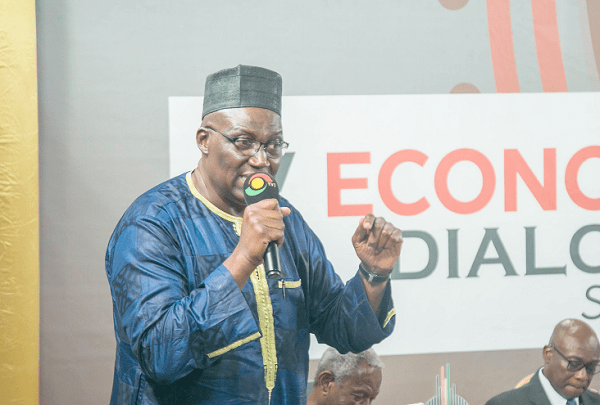 Chief Executive Officer of Dalex Finance, Ken Thompson, has said that one of the reasons financial institutions shy away from giving loans to private sector is the lack of available information to verify borrower’s credit worthiness, hence, government should step up efforts in providing a strong database that will address this problem.

He said government can do this by digitizing and linking databases of businesses and individuals to make them more identifiable and allowing access of such data to financial institutions.

According to Mr. Thompson, when such database is made available, financial institutions can safely give loans to Small and Medium-sized enterprises (SMEs) or individuals which will propel economic growth.

“At the moment we need to borrow to fund the development project. But the government doesn’t have the capacity to borrow because it is broke. I said government is broke because it spent over 100 percent of the income it earns on salaries, wages, on interest and loans.

But the private sector can borrow and lend, and the only way the private sector will do that is if government provides systems to ensure that we know the people who come to us for loans.  For instance, with Dalex finance, we only lend to government workers; we know them with IDs and it will be difficult for them to run away. But we don’t have enough data [on those in the private sector],” he said at the 10th Edition of the B&FT’s Economic Forum in Accra dubbed ‘strengthening home-grown policies to underpin the national Digitization drive and shared financial prosperity’.

He suggested that government must embark on a digitization process of linking the Ghana card to individuals’ DVLA, VISA cards, and bank accounts and make it accessible to financial institutions

“The potential increased money that will come to the country will be about US$15billion, because the country’s consumer debt as to the proportion of GDP is 19 percent. So assuming that we know the people coming to borrow from us, we will be prepared. And borrowing to those SMEs will increase the GDP to at least 20 percent. And if our GDP is even about US$60 billion, 20 percent of that will be US$12 billion and that’s a lot of money.

Mr. Thompson further argued that government’s effort in empowering the private sector will position the latter to as well champion development projects in the country and create job opportunities.

“When you take a case to the court it takes forever; the speedy resolution of cases is very important to us. Get the courts to work for business to go on,” he said.