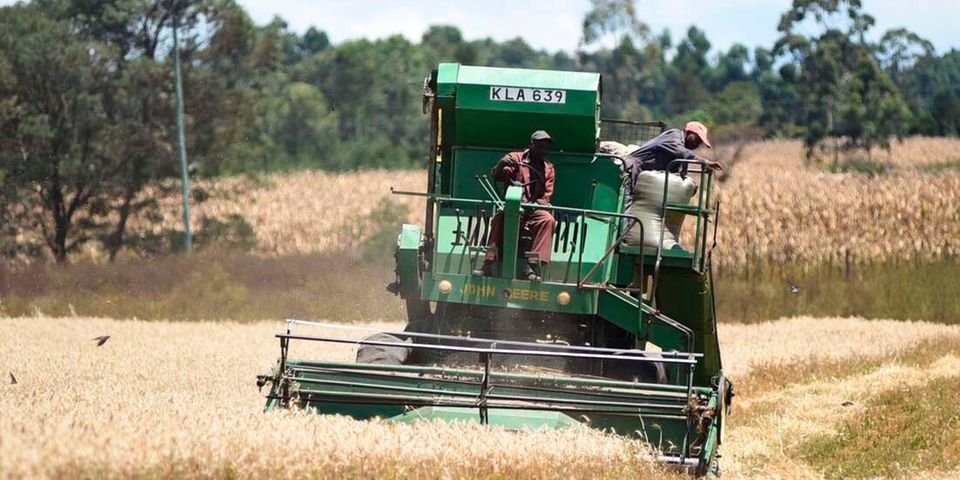 Agriculture contributes an estimated 33 percent of the Kenyan Gross Domestic Product and is the backbone of our economy. Kenya’s major agricultural exports are tea, coffee, vegetables and cut flowers.

The five most important agricultural imports in the country are wheat, palm oil, sugar, corn and rice. Wheat is the number one imported agricultural product in Kenya. Data from the Kenya National Bureau of Statistics indicate that food prices between February 2021 and February 2022 increased by 8.69 percent.

Now with galloping cost of fuel, food prices are set to increase further. The discussion on wheat, palm oil, and fuel is taking centre stage in the global news owing to the Russia-Ukraine crisis.

Record wheat prices are particularly concerning for the African continent, which imports around 80 percent of its supplies, one-third of which comes from Russia or Ukraine.

Wars bring widespread anguish as well as alarming economic consequences. There are direct economic impacts as well as those enforced by sanctions. The global food system was strained before the Russia-Ukraine war erupted. Chaotic supply chains and unpredictable weather had already pushed food prices globally to the highest levels in a decade. With the fighting, almost a month later and with no sign of ceasefire, the world is now facing a food crisis as prices of key agricultural produce from the Russian-Ukrainian region have spiked and are now almost halted.

Recent data released by the International Grains Council indicates that the “Stocks in major wheat exporters – the EU, Russia, United States, Canada, Ukraine, Argentina, Australia, and Kazakhstan, are set to fall to a nine-year low of 57 million tons by the end of the 2021/22 season”.

Russia and Ukraine are also major suppliers of rapeseed accounting for 52 percent of the world sunflower oil export market. In the same highly concentrated global supply chain they are major producers of fertiliser.

The situation is problematic and very uncertain. Russia and Ukraine provide a significant percentage of wheat, barley, corn, and other grains to the world. Can the shortfall of these many tonnes of grains be covered by exports from other grain-producing nations? If that is the case then the food problem caused by this war can be eased out, otherwise, there is a major food crisis looming.

Since the conflict, Ukrainian ports have been unable to export grains and traders in the crops have avoided purchasing from Russia owing to the financial sanctions imposed by the US. During the months of March, April and May, this is the time of the year when arable land in the Russian- Ukrainian and across the European region recovers from winter and grows rapidly.

Due to the attacks, Ukrainian farmers cannot plant the crop by spring which is the wheat growing season. It is not clear whether there will be enough farmers to cultivate the land. Global wheat prices are at an all-time high. Soaring natural gas prices have contributed to the problem.

Belarus is under sanctions and being held accountable by the west for supporting Russia. It is now likely that a majority of traders and buyers in the global market will be scared of the risks of potential sanctions if they approach Russian or Belarusian products. Under the impact of war, Ukrainian farmers are now short of fertilisers and pesticides. Those with access to the planting material lack fuel to use the farm machinery. Some analysts have estimated that this year‘s wheat harvest in Ukraine will sharply reduce by at least half.

On 12th March 2022, the Ministry of Agrarian policy and food of Ukraine announced that the government has decided to temporarily ban exports of all types of fertilisers. The prime victims of the crisis globally will be agriculture and food. The conflict has already caused fertiliser prices to soar, and farmers can no longer afford it. Supply chains disrupted by the outbreak, together with greater distrust will lead to higher food inflation in Europe and food shortages across most countries in the African continent such as Ghana.

Ghana imports nearly a quarter of its wheat from Russia according to data from the Observatory of Economic Complexity (OEC) the inflation has been suffocating for bakeries whose sale prices are standardised by the national bakers association not risen since August. Many bakers for instance have had to reduce portion size or illegally hike prices to stay afloat on a monthly or weekly basis. Now the situation is getting murkier.

On 11th March 2022, the Food and Agricultural Organisation of the United Nations released a report indicating that international food and wheat prices have risen as much as 22 percent due to the Russian Ukrainian conflict. It also said that Russia and Ukraine are expected to see a decline in food exports only a portion of which will be replaced by other sources. Many less developed countries depend on these two countries for most of the wheat supplies.

Egypt and Turkey/Turkiye receive approximately 70 percent of the wheat supply from Russia. Countries will have to resort to more expensive imports from France, Germany, and others, consequently, if the conflict persists, the lack of supplies and inflated costs will add pressure on the balance of payments and the budget of various countries

According to the Kenya Vision 2030, achieving national food security is the primary objective of the agricultural sector. We have witnessed locust infestations in the past as well as failed rains. With supply chain disruptions causing a bottleneck since the onset of the Covid pandemic and now the resource giants Russia and Ukraine at war, it is time for economies to focus on basics such as the provision of affordable essentials and food security more than ever.

Necessity is the mother of invention, it is time we make maximum use of our natural bountiful resources in a productive and responsible manner to provide solutions to rising food and cost problems.


Food security Kenya Russia-Ukranie war
how can we help you?