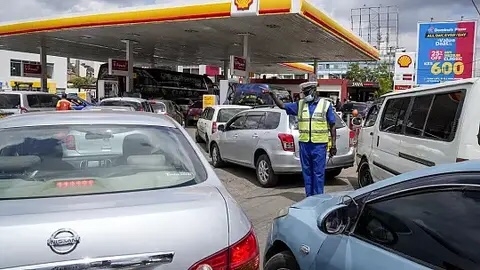 A reprieve from an expected fuel price increase for Kenyans. Kenya’s president Uhuru Kenyatta on Thursday rolled out a fresh round of fuel subsidies in a bid to prevent a rise in prices at the pump.

The Energy and Petroleum Regulatory Authority (Epra) was expected to further raise fuel prices to a new record high after the Treasury announced that it was gradually withdraw the fuel subsidy to ease pressure on government coffers.

But now a litre of petrol will remain at the current price despite the recent rise in the cost of oil. The move eliminates fears of another hike as Kenyans grapple with the rising cost of other essential goods.

It is also a sharp turn from the words of Treasury Cabinet Secretary Ukur Yatani who had said in June that the continuation of the subsidy kitty could imperil Kenya’s plans to cut debt accumulation prompting the push to remove it gradually within the current financial year.

“The cost of fuel subsidy could eventually surpass its allocation in the national budget thus potentially escalating public debt to unsustainable levels and disrupting the government’s plans to reduce rate of debt accumulation,” Mr Yatani said then.

The increase was billed to take effect this Thursday July 14 but a last-minute change of heart and the government authorised the spending of some Sh16.67 billion ($141m)  (£120m) to retain current retail fuel prices for another 30 days.

The east African nation Kenya over the past year spent over $860m to subsidise fuel in the face of rising prices in global market.


Fuel price Kenya Kenya Energy
how can we help you?