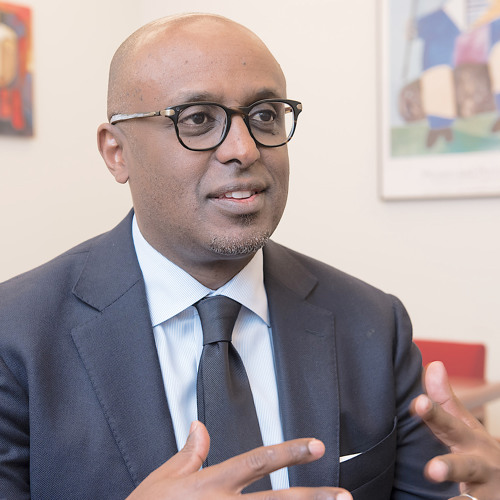 The International Monetary Fund Okay (IMF) has said that it’s up to the Ghana government to decide whether it wants a programme from the Fund or not.

Ghana’s economy has hit by rising debt and widening fiscal deficit to Gross Domestic Product (GDP) which recently impacted on the exchange rate and inflation.

But answering a question from Ghana, Director of the African Department at the IMF, Selassie Aemro Abebe said “on Ghana, of course, it’s up to the government to decide this and we, of course, are okay with that”

On what the IMF is doing in supporting countries that are facing the latest shock from the Russia-Ukraine war and the high crude oil prices, Mr. Abebe said the Fund has advanced discussions with countries asking for additional financing to cushion against the shocks

“In some cases, countries have asked for additional financing or augmentation of existing programs, and we are advancing those discussions as rapidly as possible to make sure that we can be as supportive as we can. In other cases, the request has been for policy discussion on exactly the kind of tradeoffs, the kind of policy options, what other countries have been doing to address food- and fuel-type pressures. So, we have been in active engagement supporting countries with documentation, with capacity development assistance on the kind of adjustments that they want to make on tax and spending plans.”

“And last but not least, we, of course, also have been very, very actively engaged internationally to make sure that we can join up efforts to support counties that are being impacted by the food crisis in particular. So, the Managing Director has been very, very actively reaching out to UN agencies, to the WTO, to the G7, G20, to make sure that our counties are not left behind and get all of the required support at this very difficult time, particularly for something as sensitive and consequential as food security challenge. So, this is something very much that is a focus of our work and will remain so for the next few months”.

Furthermore, he said the Fund has increased its inflation projection significantly lifting the regional average for 2022 by a full 4.0 percentage points. This is due to the Russian-Ukraine war.

“Indeed, over the last couple of months, we have increased our inflation projections significantly, lifting the regional average for 2022 by a full four percentage points, which represents the worst inflation [reading] in the region since 2008. But most importantly, high food prices have increased food security concerns across the continent and will hurt all segments of the population.”

“Finally, this is a crisis on top of another crisis of course, one which threatens to compound some of the region’s most pressing policy challenges, including the pandemics social and economic legacy, heightened security risks, particularly in the Sahel countries and tightening monetary policy conditions in advanced economies in response to rising global inflation”, he added.


Imf Regional Director of Africa Selassie Aemro Abebe
how can we help you?