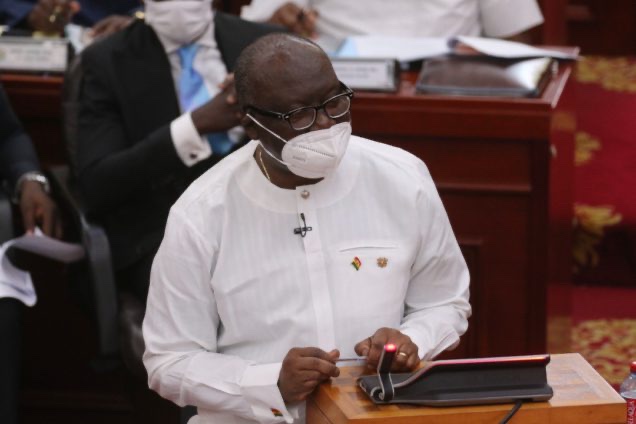 Investors have started reposing confidence in the Ghanaian economy after the expected meeting between the government and officials of the International Monetary Fund from tomorrow..

Accordingly, Ghana’s Eurobonds gained for a second day, following the country’s decision to seek economic support from the Fund to ease refinancing stress.

According to Bloomberg, the country’s Eurobond maturing in 2027 rose 1% to 65.82 cents, the highest in more than six weeks. The bonds had been trading at distressed levels, with yields above 20%, before Ghana announced last week it will engage the IMF for balance-of-payments support.

Stephen Bailey-Smith, a Denmark-based investment strategist at Global Evolution said the market had been concerned over the government’s financing needs in the short term.

“An IMF programme may also provide some gravitas to the government’s claims of fiscal reform”, he added.

While Ghana aims to cut its budget shortfall to 7.4% of Gross Domestic Product this year from an estimated 12.1% of GDP in 2021 that is becoming more difficult as price pressures emanating from Russia’s invasion of Ukraine take a toll on economic activity.

“The sooner these policies are implemented, it could also reduce the severity of any potential liability management”, Samantha Singh added.

An International Monetary Fund staff team, led by Carlo Sdralevich, Mission Chief for Ghana, will visit Accra from July 6th to 13 to begin initial discussions with the Ghanaian authorities about a possible IMF-supported programme.

While rollover risk is expected to intensify for many African sovereigns over the next decade, due to the war in Ukraine, lower-rated borrowers like Ghana, Tunisia, Kenya, and Egypt are already facing difficulties securing market-based financing and are vulnerable to a rise in borrowing costs, Moody’s Investors Service said in a report last week.

Ghana has $7.3 billion principal repayments due on outstanding Eurobonds by 2032, according to Moody’s.

The IMF and other multilateral lenders helped stabilised vulnerable African markets through emergency funding during the pandemic, but not all of them chose to accept assistance, said Kaan Nazli, a money manager at Neuberger Berman.


Eurobond IMF program Ken Ofori-Atta
how can we help you?