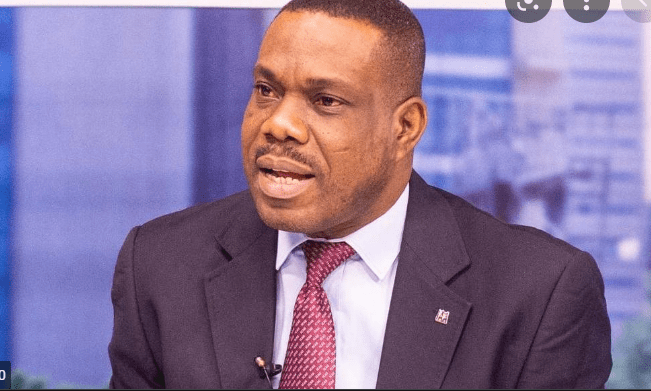 The Director of the Internal Audit Agency, Dr Eric Oduro Osae, has said the infractions captured in the 2021 Auditor-General’s report have reduced by over One Million Cedis.

This, he said, represents 47 per cent reduction.

Dr Oduro-Osae however, said this should not be celebrated because they want the infractions to be reduced further.

“If you review the current report which covers activities of the Ministries, Departments and Agencies, you will realize that the infractions have reduced by over One Million Cedis, that is by about 47 per cent.

“That is not to say we are happy about what is happening, we are not happy, we would have wished that this is reduced to the barest minimum. But as humans as we are some of these things will happen,” he told Alfred Ocansey on the Ghana Tonight show on TV3 Tuesday August 30.

The Auditor-General Mr Johnson Akuamuah Asiedu said that the 2021 report may lead to improvement in quality of financial information to stakeholders.

He also said the process could enhance compliance with the Public Financial Management laws and other related legal framework.

“The audit could help improve key internal controls that could minimise fraud, risks, and errors Report of the Auditor-General on the Public Accounts of Ghana – Ministries, Departments and Other Agencies (MDAs) for the year ended 31 December 2021.

“The audit process assists covered entities in highlighting best practices that when observed would improve good governance, check or safeguard against loss, misuse or abuse and damage to government properties,” Mr Akuamuah Asiedu said in the Executive Summary of the report.

The 2021 report captured some Justices in Ghana to have engaged in ‘unlawful’ purchase of vehicles.

“We recommended that the Judicial Secretary should liaise with the Controller and Accountant General to have the loans deducted from the salaries of the staff involved. Auction of official vehicles without authority – GH¢1,023,507.00 729,” it said.

Regulation 158 of Public Financial Management Regulations, 2019 (L.I. 2378) states that, the Principal Spending Officer of a covered entity shall obtain the prior written approval of the Minister for the transfer, exchange, sale, donation, contribution-in-kind, trust and any other disposal of any vehicles of the covered entity.

Also, Regulation 158 states that, any disposal, lease and other action referred to in Sub-regulation 1 that is made without the written approval of the Minister, is void. 730.

“Our examination of records of the Transport Unit for 2021 revealed that 19 official vehicles were auctioned by the Service for GH¢1,023,507.96 without approval from the Minister of Finance.”

“In the absence of approval from the Minister for Finance, we recommended that the auction should be nullified, and the vehicles recovered,” the report said.

The report explained that section 47 of the Revenue Administration Act, 2016 (Act 915) provides that, a taxpayer may apply in writing to the Commissioner-General for an
extension of time to pay tax under a tax law.

A taxpayer may re-apply to the Commissioner–General before the end of the extension period but an extension of time to pay tax shall not exceed twelve months in aggregate.

Where an extension is granted and the taxpayer is permitted to pay by instalments and the
taxpayer defaults in paying any of the instalments, the whole balance of the tax
outstanding becomes payable immediately.

“Contrary to the above,” the report said, “our review of files and the reschedule cash book
from January 2020 – December 2021 disclosed that 28 Oil Marketing Companies
(OMCs) failed to settle their rescheduled debts of GH¢402,049,571.70.”

The report further “recommended that the Commissioner should use legal means to
recover the outstanding amount of GH¢402,049,571.70 from the OMCs involved.”