HomeNewsEconomicsInflation rate falls to 8.5% in April; closest to yearly target

Inflation rate falls to 8.5% in April; closest to yearly target 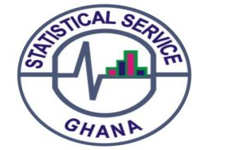 Ghana has recorded the lowest year-on-year inflation since the emergence of the COVID-19 pandemic.

The inflation rate recorded for the month of April 2021 was 8.5 percent, which is 1.8 percentage points lower than the 10.3 percent recorded in March this year.

The figure falls within the medium-term inflation target of 8.0±2 percent.

Before the announcement of the first cases of coronavirus in Ghana in March 2020, inflation in the country had remained fairly stable for months as it stood at 7.8 percent from January to March.

The annual rate of inflation however jumped to 10.6 percent in April from 7.8 percent in March due to the pandemic.

This was partly driven by higher food and commodity prices due to a rush for items, in areas affected by the partial lockdown.

After witnessing general rises in the following months, with July recording a rate of 11.4 percent the highest since December 2017, the figure has finally dropped to its lowest since April last year.

But the current figure places the government in good standing in achieving the 8 percent target set for this year as announced in the 2021 budget statement.

The Government Statistician, Professor Samuel Kobina Annim breaking down the figures said, “The national year-on-year inflation rate was 8.5% in April 2021, which is 1.8 percentage points lower than the 10.3% recorded in March 2021. This is the second time that we are recording a single-digit inflation rate since the COVID-19 era. This means that in the month of April 2021 the general price level was 8.5% higher than in April 2020. Month-on-month inflation between March and April 2021 was 1.5%, which is 0.6 percentage point higher than what was recorded in March. This is the highest month-on-month inflation since the COVID-19 levels.”

At the regional level, the overall year-on-year inflation ranged from 2.0% in the Upper West Region to 12.1% in Greater Accra Region.

The largest difference in Food and Non-Food inflation was recorded in the Northern Region (10.7% and 5.8% respectively).

Overall year-on-year inflation only went up in the Ashanti Region.

Month-on-month inflation for imported goods was 0.6% and for locally produced goods 1.8%.

The Consumer Price Index (CPI) measures the change over time in the general price level of goods and services that households acquire for the purpose of consumption.

It measures changes in the price of a fixed basket of goods and services purchased by households.


Consumer Inflation Covid-19 pandemic CPI Ghana Statistical service
how can we help you?