HomeNewsBanking and FinanceIMF staff agreement with Mozambique that could unlock $63.8M

IMF staff agreement with Mozambique that could unlock $63.8M 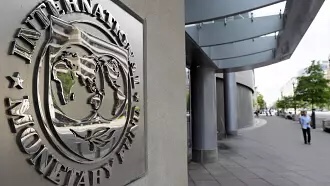 Mozambique and the IMF team reached Monday a staff-level agreement on the economic and financial policies that could support the approval of the First Review of the program under the ECF arrangement.

“All quantitative and structural benchmarks set for the first review have been met and good progress was made on the broader structural agenda. Looking ahead, the macroeconomic environment remains challenging.”

“The authorities aim to continue implementing their ambitious economic reform agenda, including a sovereign wealth fund law, reform of public sector remuneration, and the amendment of the public probity law.”

The agreement awaits the approval of the IMF Executive Board in December, which would enable the disbursement of about US$63.8 million.

The Washington-based institution welcomed the Bank of Mozambique (BM) response to contain inflation which it called “proactive”.

The (IMF) granted May a 432 million euro loan to Mozambique, a first since it withdrew six years ago at the time after finding undisclosed debts in the so-called “hidden debt” scandal involving the government.


Mozambique
how can we help you?