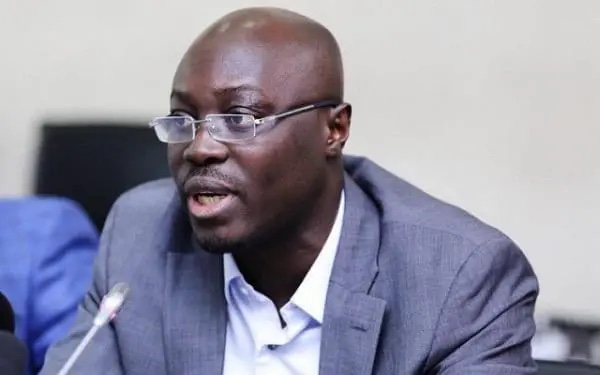 Member of Parliament for Ajumako-Enyan-Esiam, Dr Casiel Ato Forson has said the negations between the Government of Ghana and the International Monetary Fund (IMF) will move slowly because the government is not demonstrating enough commitment.

In his view, there is no urgency on the part of President Nana Addo Dankwa Akufo-Addo and the Finance Minister Ken Ofori-Atta to ensure that the process moves faster.

His comments come on the heels of concerns raised by the Director of Research at the Institute of Economic Affairs (IEA) Dr John Kwakye to the effect that the negotiation is not moving faster.

The delay and uncertainty, Dr Kwakye explained, are fueling speculation and panic in the investor community, causing continued damage to the cedi

In a tweet, Dr Kwakye said “The IMF is moving at a snail’s pace in negotiating Ghana’s program, as if nothing is at stake. The delay and uncertainty are fueling speculation and panic in the investor community, causing continued damage to the cedi. Yet our economic managers stand aloof. This is unacceptable!”

Speaking in an interview with TV3’s Paa Kwesi Asare on the sidelines of the ongoing World Bank/International Monetary Fund (IMF) Meetings in Washington D.C., Dr Ato Forson who was at the event in his capacity as the Minority Spokesperson on Finance said The negotiation will drag even further because I do not see any sense of urgency on the part of the President, on the part of the Minister of Finance and I do not see commitment from government.”

He explained that usually, it takes between six to nine months for a programme under the Fund to be sealed.

Also speaking in an interview with TV3’s Paa Kwesi Asare on the sidelines of the ongoing World Bank/IMF meeting on Wednesday October 12, Mr Oppong Nkrumah who is also lawmaker for the people of Ofoase Ayirebi said “It usually takes about six to nine months to close an IMF programme, the history is there for many other countries, it is not something you can close in a day.

“We acknowledge that it needs to be done with dispatch, the President himself has spoken to the Managing Director, the Finance Minister has engaged with the Managing Director, the Mission has been to Ghana and those discussions are going on but there are steps you have to go through. In fact, throughout the day today, the Honourable Charles Adu Boahen, the Honourable Ken Ofori-Atta, they have been at the Fiscal Affairs Department and the Ghana Mission office going through the next level of negotiations.

“I think both sides have just issued statements a few days ago talking about how they are satisfied with how the process is going. I think at this stage, what we need to do is to ensure that the kind of data and scenario that need to be modelled are made available with dispatch and are accepted by both sides so that we can reach the timelines we are looking for.”