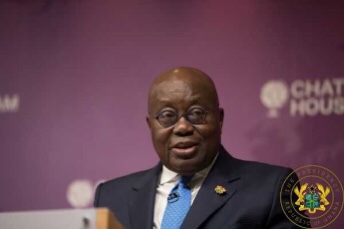 Dr Yusif Sulemana, an Energy Strategist and Oil Production Specialist at Petroleum Development of Oman, has suggested that Ghana’s engagement with the IMF for a bailout may require the imposition of energy sector conditionality, focusing on the sector’s debt vulnerability.

The energy expert noted that the trajectory of the country’s energy sector debt has become a fiscal risk, as huge debts are being accumulated from energy sector State-Owned Entreprises (SOEs), partly as a result of debt repayment challenges from terminated contracts, losses from energy sector SOEs, among others.

“The aspect of the energy sector that might be targeted will always be a possible suggestion of privatizing some companies, especially companies that keep piling debts. Areas in the energy sector were debts are consistently accumulated they might be recommended either full or partial privatization of those areas… especially, areas where we have inherent inefficiencies.

“For instance, if there is a proposal to liberalize some arm of ECG, I will go for that… If private people get into the space, I believe there will be efficiencies. The losses might be curbed, and… overall, it might end up even reducing our tariffs because most of the tariffs that we pay at the end of the day, a chunk of it is used to cover the losses (both commercial and technical losses).”

Losses in the Energy Sector

The technical losses accumulated by the ECG in 2018 was around GHS 3 billion, a significant deterioration compared with 2016 and 2017. The IMF recommended a private concession in April 2019, to address the huge losses, “but [was] subsequently terminated due to governance concerns, and ECG continues to manage electricity distribution, without a clear reform plan,” the Fund said.

“The other thing in the energy sector has to do with subsidies. As we speak now, we don’t really have that much of subsidies. But, if you look at our tariff structure critically, there may be some recommendations and those recommendations when followed to the latter may potentially end up skyrocketing our tariffs again. And at this moment in time when energy cost is already high, bills are high, I think it is going to be something that is difficult.”

Dr Sulemana, however, said “when a bailout is coming with a conditionality, it is not that the nation has to just swallow the conditionality hook, line and sinker. We also have to juxtapose that with what can work for us and what cannot…”

According to the IMF’s 2021 Article IV Consultations, the energy sector shortfall under business as usual assumptions was projected to remain over US$1 billion per year until at least 2024. As of the end of 2018, the sector’s losses had translated into cumulative sector arrears of US$2.75 billion, of which US$851 million was owed to the private sector.

Other Issues in the Energy Sector

The IMF again noted that, financial shortfalls in the gas sector were a growing challenge, exacerbated by infrastructure bottlenecks, and tariffs that do not reflect cost recovery.

Though the government had paid as much as US$168 million in outstanding take-or-pay obligations to the Sankofa project contractors at the time of the report, new arrears are being accumulated by the day.

Additionally, the IMF flagged huge costs with the establishment of the new Tema LNG project, which commencement date has been postponed on countless occasions. According to the Fund, this will increase gas oversupply and cost US$200-300 million per year under a 17-year take or pay agreement. Likewise, new infrastructure will be needed to find buyers for the excess gas, either in-country or regionally.

In the last IMF Extended Credit Facility (ECF) agreement in early 2015, Ghana was awarded a concessional loan of $918 million to help stabilize the economy. IMF advisors, working with the Ghanaian government, developed a three-part program which centered on restoring debt sustainability, strengthening monetary policy and cleaning up the banking system.

For the purposes of restoring debt sustainability, the government embarked on policies that included eliminating subsidies for utilities and petroleum products, according to the Fund. Thus, with the little window of subsidies allowable at the time to cushion households, this may be further constricted this time around.