HomeNewsBanking and FinanceHanke ignores the Cedi gain and lowers his earlier estimate of Ghana’s inflation to 56.04% from 81%

Hanke ignores the Cedi gain and lowers his earlier estimate of Ghana’s inflation to 56.04% from 81% 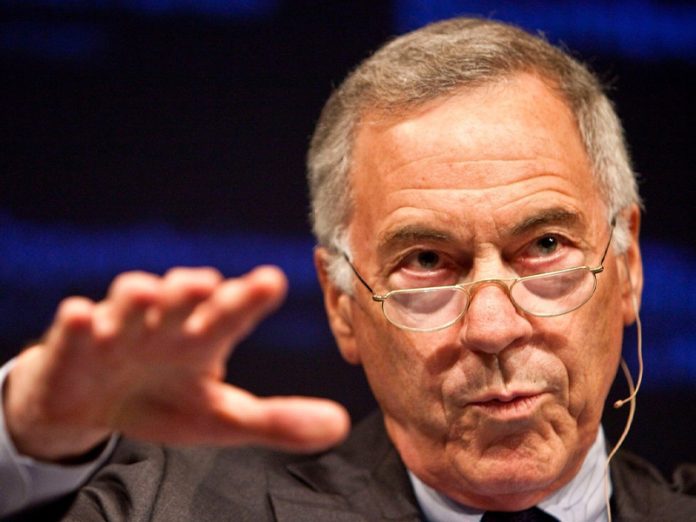 Although the Ghana Statistical Service (GSS) reported an official inflation rate of 50.3%, Johns Hopkins Professor Steve Hanke claims that his calculations place the rate at 56.04.

His new rate is lower than the percentage he initially measured, which was 81 percent.

He previously stated in a tweet that “Leading NPP member Gabby Otchere-Darko believes President Akufo-Addo deserves ‘credit’ for his handling of the economy.

Otchere-Darko must be on a different planet, SPOILER ALERT. I currently estimate #Ghana’s inflation to be a startling 81% per year. (In August)

Professor Hanke, who frequently attacked the government, particularly Vice President Dr. Mahamudu Bawumia, head of the economic management team, over the performance of the Cedi, omitted to mention the local currency’s rebound.

As part of efforts to stabilise the Cedi versus the dollar, he had advised the government of Ghana to establish a currency board.

Prior to this, he ranked Ghana’s currency fifteenth out of nineteen performing currencies.

One of his earlier tweets stated, “According to my calculations, the Ghanaian Cedi has depreciated 34.17% versus the USD since January 2020, which is why Ghana is in 15th place this week on Hanke’s #Currency Watchlist.”

By my calculations, the Ghanaian #cedi has depreciated 34.17% against the USD since Jan. 2020, which is why #Ghana is in 15th place in this week's Hanke’s #CurrencyWatchlist. To save the cedi, Ghana must mothball its central bank and install a #CurrencyBoard. pic.twitter.com/qibcFwfXsJ

He declared that Ghana must shutter its central bank and set up a #CurrencyBoard in order to safeguard the cedi.

The Cedi has been strengthening against the major trading currencies lately, especially the Dollar, especially from the beginning of December 2022.

According to the Bank of Ghana (BoG) exchange rate, the Cedi was purchasing at GHS7.9970 to a Dollar and selling at GHS8.0050 to a Dollar as of Monday, December 19.

According to President Nana Addo Dankwa Akufo-Addo, his administration’s initiatives in collaboration with Ghana’s central bank, the Bank of Ghana, are what led to the Cedi’s appreciation against the US Dollar (BoG).

According to Mr. Akufo-Addo, the admiration was not a coincidence.

On Sunday, December 18, he made the following remarks at the centennial celebration of the Ga presbytery of the Presbyterian Church of Ghana in Accra: “At the height of our challenges, there were some who questioned the ability of my government and I to put our country back on the path of progress and prosperity and get us out of our current difficulties. But Jesus looked at them and said, “With men this is impossible, but with God all things are possible,” which is found in St. Matthew chapter 19 verse 26. In those difficult times, my fellow Ghanaians and congregation, all I could think to say was that.

“With the right policy, perseverance, and hard effort on our part, things are beginning to come around,” he continued. What was unthinkable yesterday is now becoming a reality. Definitely not out of the woods just yet. Today, however, the Cedi is quickly recovering from its losses against the US Dollar and all other major currencies, and the cost of gasoline is falling.

“The Cedi’s strengthening was the result of purposeful policies that the government and the Bank of Ghana implemented, not by accident. The improvement of forex inflows from remittances and the mining sector, the staff level agreement with the IMF for a 3 billion US Dollar package, and Cedi liquidity tightening measures are a few of them. Speculators have been able to unload currency as stalled value as a result of these steps. All of these factors worked together to put the Cedi in this position, and you can count on the administration to keep working hard to protect and build on the gains earned.

In fact, to increase the availability of liquidity to the markets, the BoG will continue to buy foreign exchange from the mining and oil industries. It will also keep up with its single, unified forex forward auction and provide some limited, targeted bilateral support for key imports.


Hanke
how can we help you?