HomenewsEconomicsGROWING TOGETHER: THE IMF AND AFRICAN
LOW-INCOME COUNTRIES

GROWING TOGETHER: THE IMF AND AFRICANLOW-INCOME COUNTRIES 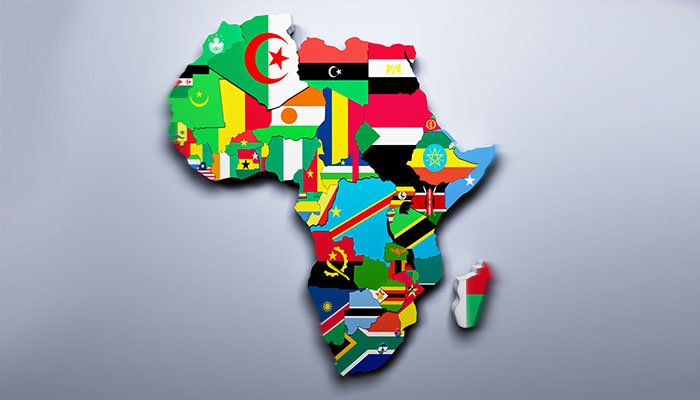 When the IMF began in 1946, it gave little thought to according low-income countries any special consideration or treating them differently from other members. In the intervening seventy-five years, however, much has changed. Today, low-income countries are supported by a wide range of IMF initiatives tailored to their needs and circumstances. This article, written on the occasion of the 60th anniversary of the IMF’s African Department (AFR), recaps the evolving relationship between the IMF and its low-income members, with particular reference to African low-income countries.

Despite a vigorous push, the developing countries represented at the 1944 Bretton Woods Conference—which included three sub-Saharan Africa countries (Ethiopia, Liberia, and South Africa)—failed to have their development financing needs explicitly referenced in the Articles of Agreement (though they did manage to have “the development of the productive resources of all member countries” recognized as a “primary objective of economic policy” in Article I). From the outset, moreover, the IMF made it clear that it intended to provide only short-term balance of payment support, regardless of the member’s stage of economic development. When Ethiopia, the first country to seek IMF financial support, requested a drawing of US$900,000 (15 percent of quota), it was refused on the grounds that its financing needs were neither immediate nor temporary.In the 1950s and 1960s the IMF began to recognize that various segments of its membership had diverse needs and faced different problems.

In the 1950s and 1960s the IMF began to recognize that various segments of its membership had diverse needs and faced different problems. As newly independent African countries joined the organization (Chart 1), the Fund added an African Department in 1961. The needs of commodity exporters (mostly developing countries), facing volatile prices and crop yields, were also recognized in the creation of the Compensatory Financing Facility (1963) and the Buffer Stock Financing Facility (1969). Yet the mindset that IMF support should be for temporary balance of payments problems persisted, even with regard to developing countries.

The 1973-74 Oil Crisis exposed the limitations of this approach. In 1974, the IMF established the Extended Fund Facility (EFF), signaling its readiness to help countries with more protracted balance of payments problems. IMF concessional lending began with interest payment relief for the most affected poor countries under the general Oil Facility, followed in 1976 with the launch of the Trust Fund, which provided concessional loans to the poorest members. (Since the Articles of Agreement prohibit unequal treatment of members, all concessional financing must be provided using donor trust funds, not IMF quota resources; in practice, this limits the availability of such financing.) Still, the IMF continued to view its mission as helping countries weather adverse external shocks. Directly tackling poverty or fostering growth were seen as outside the IMF’s mandate.

This view prevailed until the outbreak of the international debt crisis in 1982. In the latter half of the 1970s, developing countries borrowed heavily to pay for increasingly costly oil imports and to finance ambitious investment projects, many of which turned out to be white elephants. By early 1980s, global recession, collapsing commodity prices, and rising interest rates meant many of these countries had difficulty servicing their loans with commercial lenders and multilateral development banks, including the IMF. This debt crisis coincided with the depletion of Trust Fund resources, prompting the IMF to reevaluate its lending strategy to poor countries.

The IMF traced their problems to poor polices, unproductive borrowing, and incomplete program implementation. It sought greater emphasis on an economy’s supply response, rather than demand management only. This meant more structural reforms—and corresponding conditionality—to remove the inefficiencies, distortions, and rigidities stifling an economy’s growth potential. These ideas informed the design of the Structural Adjustment Facility (1986) and the larger Enhanced Structural Adjustment Facility (1987). In disbursing funds through these tools, the IMF became more selective about the recipients of concessional support and required stricter and more extensive conditionality.

The 1980s brought another lesson: a program was unlikely to succeed if the impact of economic reforms on the poor—and resulting social unrest and opposition—was not addressed. This prompted the IMF to focus its help not only on poor countries, but also on the poor within countries. Analysis of poverty issues in Policy Framework Papers became a standard part of program negotiations. While the IMF had previously limited it role to assisting members upon request in determining the impact of adjustment policies, SAF- and ESAF-supported programs now included targeted compensatory measures for the most vulnerable populations. Programs continued to emphasize fiscal consolidation as a prerequisite for macroeconomic stability, but there were growing pledges to strengthen social spending, especially for health and education.

Experience in the 1990s showed that without strong country ownership, conditionality alone could not ensure program implementation. Although the IMF had always maintained that it supported the authorities’ economic programs (hence, “IMF-supported programs” rather than “IMF programs”), in practice, the IMF and World Bank staffs had heavy input into program design, including the drafting of the Policy Framework Papers and their social content. In response to criticism that its programs often hurt the poor, the IMF restructured the ESAF in 1999 as the Poverty Reduction and Growth Facility (with its eponymous objectives). Importantly, countries were now required to prepare their own Poverty Reduction Strategy Papers (PRSPs), with active participation of civil society and development partners. PRSPs then formed the basis of measures in PRGF programs and were considered by IMF and World Bank Executive Boards when approving concessional loans.

In the meantime, however, many low-income countries continued to accumulate debt beyond their capacity to repay. Though there had been earlier “flow” reschedulings, it was not until 1988, under the “Toronto terms” agreed by the Group of Seven (G7), that the Paris Club began offering reschedulings that reduced the present value of the debt, albeit by modest percentages. Official bilateral creditors then began extending ever more generous terms for debt relief, putting pressure on multilateral institutions, including the IMF, to follow suit.

Working toward a solution

Despite the reluctance of the IMF, as a monetary institution, to countenance debt write-offs, at the 1995 Halifax Summit, the G7—itself under public pressure—tasked the Bretton Woods institutions to “develop a comprehensive approach to assist countries with multilateral debt problems.” Careful to maintain the link between financial support and implementation of sound policies, in 1996 the IMF and the World Bank developed the Heavily Indebted Poor Country (HIPC) Initiative, under which low-income countries with multi-year track records of good policies would qualify for grants in association with their concessional loans through the ESAF.

The HIPC initiative soon came under heavy criticism for “offering too little relief too slowly to too few,” with only four countries obtaining full stock of available debt relief before the end of the century. In 1999, the Bretton Woods institutions “enhanced” the Initiative by lowering the bar for judging whether debt was unsustainable and providing debt relief and grants sooner to qualifying countries. Within three years, enhanced HIPC would deliver almost US$1 billion in debt relief to 25 countries. A few years later, the Multilateral Debt Relief Initiative provided further debt relief by cancelling all debt owed by eligible countries to the IMF, the World Bank, and the African Development Fund. On January 6, 2006, the IMF delivered US$3.4 billion of debt relief to 19 countries, the first multilateral institution to do so.

By the turn of the century, the IMF’s engagement with low-income countries centered on three pillars: better funded and designed programs, debt relief to facilitate poverty reduction efforts, and technical assistance. Although the IMF had long offered technical assistance to its members, under Managing Director Michel Camdessus, the focus shifted to African countries, which by the early 2000s were receiving more than one-quarter of the IMF’s technical assistance. Camdessus made helping Africa a personal priority and his successor, Horst Köhler, stayed the course by opening the first two African Regional Technical Assistance Centers, as part of the IMF’s Africa Capacity Building Initiative in the early 2000s.

These efforts, though costly in terms of staff resources (Chart 2), paid rich dividends. By 2019, 36 out of 39 eligible countries had received debt relief totaling some $125 billion, allowing them to increase social spending, especially on health and education, while remaining within budgetary envelopes. While most did not fully achieve their UN Millennium Development Goals, many made substantial progress towards them. After the misery of the 1980s, when per-capita incomes declined in many African countries, the reforms that low-income countries had implemented, together with debt relief and the more benign external environment helped rekindle growth in the latter half of the 1990s, which accelerated through most of the 2000s, narrowing the income gap with advanced economies (Chart 3).

IMF engagement with low-income countries continued to evolve in the twenty-first century. Recognizing that some no longer needed financing but could benefit from external monitoring and the IMF’s “seal of approval” of the authorities’ policies, in 2005 the IMF introduced the Policy Support Instrument, which enabled program-like monitoring without accompanying loans. In 2010, the PRGF was renamed the Poverty Reduction Growth Trust and split into three concessional facilities: the Extended Credit Facility, for countries facing protracted balance of payments needs, the Standby Credit Facility, for short-term and precautionary balance of payments needs, and the Rapid Credit Facility, which provides low-conditionality financing in the face of natural disasters or other emergencies. That same year, the IMF also established the Post-Catastrophe Debt Relief Trust (renamed the Catastrophe Containment and Relief Trust in 2015), which allows it to participate in international debt relief efforts for poor countries hit by natural disasters and epidemics. In early 2015, three Ebola-afflicted countries, Guinea, Liberia, and Sierra Leone, received speedy assistance from this trust.

Mindful of the risks of excessive borrowing following debt relief, in 2005, the IMF introduced a Debt Sustainability Framework for low-income countries. Many of them faced the familiar dilemma of whether to finance investment through domestic savings or external borrowing, with the risk of debt distress if growth does not materialize. While the Framework helped guide borrowing decisions, when commodity prices collapsed in 2015, several low-income countries found that they had nonetheless borrowed excessively and faced elevated debt levels, which weakened their fiscal health on the eve of the COVID-19 pandemic.

Assistance amid the pandemic

Since March 2020, the IMF has provided exceptional levels of emergency financing, facilitated by a series of temporary increases in access limits. In 2020, IMF financial assistance to low-income countries surged to $13 billion, compared to an average of $2 billion a year before the pandemic. In all, 53 out of 69 eligible countries received financial support, with more than half in sub-Saharan Africa. In July 2021, the Executive Board approved a further 45 percent increase in normal concessional financing access limits under the PRGT, alongside the elimination of hard limits for the poorest countries if their programs meet requirements for above-normal access and stronger safeguards to ensure debt sustainability. The IMF also modified the Catastrophe Containment and Relief Trust to allow for immediate debt service relief for low-income countries affected by pandemics, enabling 29 countries to benefit from this relief.

Over the past seventy-five years, the IMF’s engagement with low-income countries has undergone many changes. In the process of helping its members grow, the IMF has itself grown, not only in financial and staff resources, but more importantly in its understanding that it can—and must—tailor its facilities and activities to better meet the needs of its diverse membership.