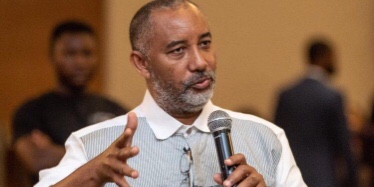 This is aside from the government’s expected $1billion revenue from the sales of Ghana’s crude oil.

He noted that this unexpected windfall could go a long way to help government cushion consumers from the sharp price hikes that have characterized the cost of fuel at the pumps in the past months.

In an interview, he indicated that it will only be prudent if government cease worrying about revenue losses as it plans to reduce levies on petroleum products and instead look at the extra revenue it will make from oil sales, royalties and taxes from oil companies.

“Because our benchmark price was about $61 or something like that and the average price that is projected by all the research companies in the world is showing that our crude oil price is going to be no less than $85 for the full year.

“So if you look at the windfall, and we should understand that government will be getting windfall, because government has only budgeted for $61 and so my calculation based on that shows us that based on 59 million barrels of crude oil, Ghana gets about 20% of the total crude oil and it is split between royalties and also something we call the CAPI. And CAPI is basically the carried and participatory interest and then we have taxes,” he said.

“So in all we’re looking at windfall of almost $550million coming the way of government. And this is something government should look at critically if government wants to use part of that to subsidise the price for the consumer,” he added.


Alex Mould Ghana
how can we help you?