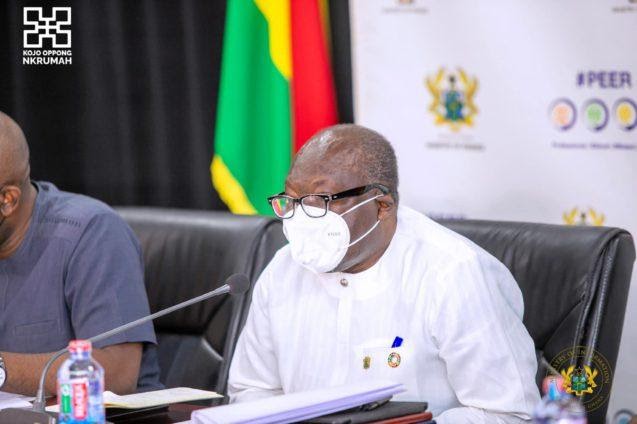 Government, according to the January 2022 Monetary Policy Report by the Bank of Ghana, recorded a capital expenditure of GH¢ 15.5bn for 2021.

The capital expenditure of GH¢ 15.5bn was higher than the envisaged target of GH¢12.2bn for last year.

Total interest payments constituted 50.4 percent of domestic revenue, up from 45.6 percent in the corresponding period of 2020.

However, grants to other Government units which constitute National Health Fund, Education Trust Fund (GET Fund), Road Fund, Energy Fund, District Assemblies Common Fund (DACF), Retention of IGFs, Transfer to GNPC and other earmarked Funds, all totaled GH¢ 13,314 million lower than the projected target of GH¢18,081 million which represented a shortfall of 26.4 percent, recording a year-on-year growth of 12.1 percent.

The use of goods and services for the review period also experienced an increase of GH¢ 8,624 million, higher than the expected target of GH¢ 8,523 million. The outturn was 1.2 percent above the target and also represented a year-on-year decline of 16.7 percent.

Compensation of employees (including wages and salaries, pensions & gratuities, and other wage-related expenditure) totaled GH¢ 31,663 million, higher than the target of GH¢ 31,490 million.

In terms of fiscal flexibility, compensation of employees constituted 47.5 percent of domestic revenue mobilized at the end of 2021, lower than the 52.4 percent recorded in the corresponding period of 2020.

Meanwhile, government has indicated that it will suspend about 20% of its quarterly budgeted expenditure for 2022.

Making the assertion at a press briefing on Wednesday, January 19, the Finance Minister Ken Ofori-Atta, noted the move implies government’s fiscal consolidation agenda is not going to be only revenue-led but also expenditure-focused.

“We are also strengthening expenditure management in 2022 and beyond. To ensure that we match all expenditures to revenue inflows, all expenditure commitments in 2022 will be adjusted to match revenue collection.

“Therefore, in accordance with Section 25 of the Public Financial Management Act (PFMA) law, the quarterly expenditure ceilings of the approved budget will include up to a 20% downward adjustment, beginning in the first quarter of 2022, in commitments across board for all covered entities benefiting from the 2022 Budget, subject to revenue performance,” he remarked.

“This means that our fiscal consolidation agenda is not going to be only revenue-led but also expenditure focused,” he added.

Government’s projected expenditure for 2022, which has already been approved by Parliament is GHS 135.6 billion.