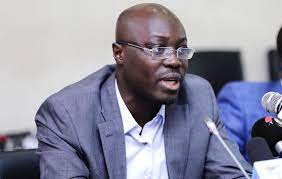 The Ranking Member of Parliament’s Finance Committee, Dr. Ato Forson, has warned that the minority in parliament will not support the approval of the 2021 budget statement because the government has been “insensitive” and continues to misreport public debt figures.

Contributing on the floor of the house during the debate on the budget, Dr. Forson stated that the government has increased the public debt stock by GH¢171.2 billion since 2017 to date. In addition, he said, there has been an increase in the debt-to-GDP ratio by 20 percentage points.

He also indicated that an amount of GH¢6.2 billion in energy sector payments was excluded from the budget and sent a caution to the Ministry of Finance that until the anomalies are corrected, his side will not pass the budget.

“We will not be part of the passage of the budget until we track the way we accumulate debt,” he said on Tuesday.

According to Dr. Forson, who is also a Member of Parliament for Ajumako-Enyan-Esiam, in 2017 government increased the debt by GH¢25.2 billion.

“Our public debt moved from GH¢120 billion to GH¢145 billion. Sadly, we lost our way starting in 2018. Government cannot blame Covid entirely for the economic mess that we are going through. In fact, the mess started in 2018.”

On his part, the chairman of the Finance Committee, Kwaku Kwarteng, explained that the growth of the public debt has been kept at lower levels, arguing that key social interventions such as the Free SHS and NABCO have all been preserved by government.

The Member of Parliament for Ofoase-Ayirebi, Kojo Oppong Nkrumah, maintained that government does not aim at just increasing revenue but instituting measures that ease the burden of Ghanaians.


2021 Budget Dr Ato Forson Parliament of Ghana Public Debt
how can we help you?