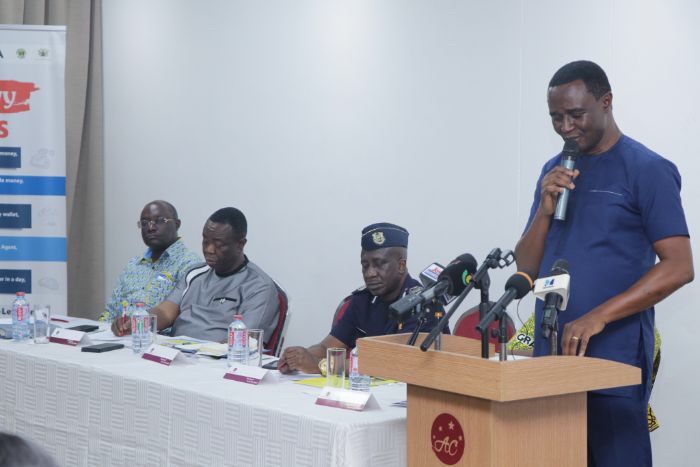 The Ghana Revenue Authority has revealed that the government has raked in an impressive ¢328.80million from the controversial electronic transactions levy, popularly known as e-levy.

The revenue windfall was announced by the Commissioner–General of the Ghana Revenue Authority, Rev. Dr. Ammishaddai Owusu-Amoah during a press briefing.

According to him, the GRA continues to see a monthly improvement of 20% in the collection of the levy.

“We commenced the implementation of this levy in May 2022. Revenue from E-levy as at September 2022 amounted to GHS328.80M,”the GRA said.

“It is worth mentioning that,-on-month basis we continue to see a 20% improvement in collection of the levy. It is therefore our expectation that, this will continue and improve domestic revenue generation to support government expenditure,”the Commissioner-General added.

The GRA also announced the acquisition of a soon-to-be debuted shortcode that Ghanaians can use to check their tax compliance status.

“We have also acquired a USSD code that will allow every Ghanaian to check on their tax compliance status. This short code will be made public as soon as possible,” he stated.

The controversial levy started on Sunday, May 1 amidst rejection of the policy by a section of Ghanaians especially the main opposition National Democratic Congress (NDC) who thought that it threatened electronic transactions.

The GRA assured the general public that adequate measures had been put in place to make the implementation smooth.

E-Levy To Be Reviewed

Recently, the Minister of Finance, Ken Ofori-Atta, revealed that the electronic transaction (e) levy is set to be reviewed as the proceeds so far are woefully inadequate.

Speaking during an interview, Ofori-Atta said the levy has so far failed to raise even 10% of the Ghc 600m monthly figure that the government projected it to raise.

Ergo, Ken Ofori-Atta said the government will soon review the programme and also take measures to increase the number of Ghanaians who are compliant with the tax.

He said the review is part of measures to increase domestic revenue mobilisation.