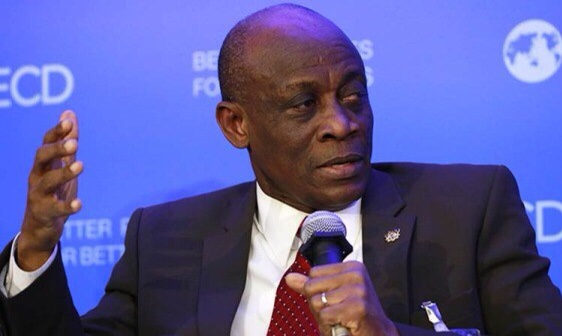 Former Finance Minister, Seth Terkper, has called on the government to take drastic measures in addressing the country’s public debt.

Although Mr Terkper did not mention the exact measures government should employ to address the matter, he stated that government solely dwelling on the domestic market would not be enough.

Speaking on Citinews, the former minister indicated that during his tenure in 2013, the NDC administration attempted a home grown policy, but due to World Bank and other development partners withholding budget support, the government ran to the International Monetary Fund (IMF).

“The worst thing that could happen to us is to default, given the fact that our turning to the domestic market, which I recall, there was a boast that we could finance the budget from the domestic market (but) is not materializing because of the auction shortfalls and the rest.

“We attempted a home grown policy and one of the reasons we went to the fund is because the World Bank and other development partners started to withhold budget support.

“That’s why I’m all for looking for arrears. If we are adamant in these things, we may end up defaulting and that could be the worst thing that could happen.

He also cautioned government against attributing its inability to settle the country’s debt to the difficult economic conditions it has implemented to reduce public expenditure.

“We need to do something drastic on our own which will be laudable,” he added.

The Summary of Economic and Financial Data by the Bank of Ghana revealed that Ghana’s public debt stock remarkably shot up to ¢391.9 billion as of the end of March, 2022.

The ¢40.1 billion increase was as a result of exchange rate fluctuation and extent of borrowings from the domestic market.

Meanwhile, the IMF has projected that the country’s debt-to-GDP ratio will increase to 88.4% in the next four years, before falling to 87.4% in 2027.


IMF program Seth Terkper
how can we help you?