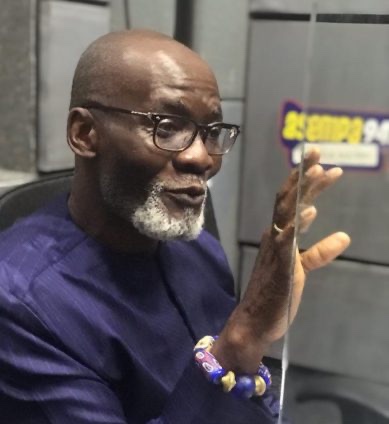 Government is likely to make you turn from its earlier position of not signing onto an International Monetary Fund (IMF) programme.

Based on the current economic fundamentals, government may have no option but to seek financial and economic support from the Fund.

The country’s international reserves have dipped considerably, affecting the exchange rate and pushing inflation and interest rates up. This has increased the cost of doing business and livelihood.

The international reserves are a little above $4 billion and could deteriorate faster if immediate attention is not given to the country’s economic challenges.

But in a tweet today, a close associate to the President, Gabby Asare Otchere-Darko, said government may take a second look at an IMF programme because revenue from the Electronic Transaction Levy, almost two months into its implementation, is far below target and therefore cannot help the country to raise the necessary revenue to close the fiscal deficit.

He said on Twitter that the government has so far mobilized roughly GH¢60 million from the E-Levy, far below the projected GH¢600 million.

“Our economy is growing faster than most countries around the world. But that alone can’t save us as confidence in our ability to service our debts is lowering. We can’t continue to use all the little revenues raised to pay our debts. Very soon we may have to borrow to pay wages”.

“After five months of stalemate and bashing, the E-Levy, after implementation, is delivering only 10% of estimated revenues; our revenues remain very low as compared to the rest of the world; debt levels dangerously high; the cedi, like most currencies, struggling against the US dollar.”

He added: “What options are open to government? The question should rather be: what option, if adopted, will reinject investor confidence in our economy? Even if we find the $3-5 billion required, will that help? The E-Levy, which was to have given us some GH¢600 million by now, has done less than GH¢60 million.”

“I’m for IMF in principle”

To this end, Gabby, as he is affectionately called, tweeted: “Ghana is a member of the IMF. The world is in serious crisis. Ours is not helped by our high debt and low income levels. With the economy still growing, but investor confidence low, government being compelled to cut down capital expenditures will eventually lead to job losses unless …

“We do something that will inject confidence in our capacity to ride this heavy storm, and that something should happen pretty quickly. Are you against an IMF programme?

A Deputy Finance Minister, John Kumah had earlier told Joy Business that the government may consider an IMF programme if a ‘homegrown’ policy being pursued fails.


E-levy Gabby Asare Otchere-Darko Imf International reserves
how can we help you?